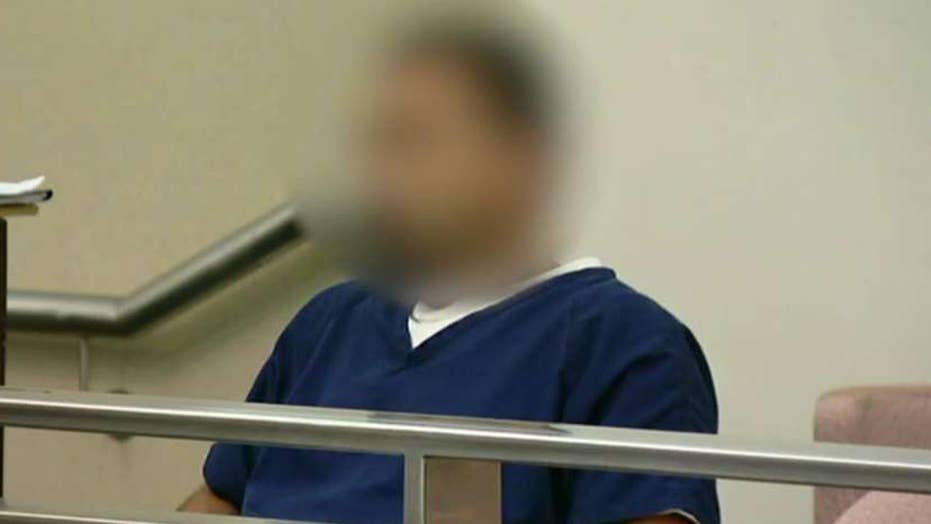 Illegal immigrant charged in near fatal hit and run

A 6-year-old boy critically injured in a hit-and-run crash in San Diego never may be the same, his mother testified Tuesday in the trial of the driver –– an illegal immigrant –– accused of driving under the influence.

Constantino Banda-Acosta, 38, is a Mexican national who has been kicked out of the U.S. 15 times in the past 15 years, with his most previous deportation coming January 18, federal officials told The San Diego Union-Tribune.

He faces hit-and-run charges for the May 6 collision that seriously injured Lennox Lake.

“Emotionally and mentally, I don’t know, he’s just not the same,” his mother, Ingrid Lake, testified, according to KNSD.

“He keeps just blanking out and he just stops talking and stares at you in the middle of the sentence, and he won’t remember anything,” she added.

His mother said the child has had trouble with his short-term memory.

Lennox and his parents were returning from a trip to Disneyland when the crash occurred.

He suffered a long list of injuries, including a fractured skull and bleeding from his nose and ears.

Banda is charged with hit-and-run causing serious injury, DUI causing injury, driving with a blood-alcohol content over .08 percent, vandalism, battery and driving without a license. He faces seven years and eight months in prison if convicted.

His defense attorney said it was Banda’s friend –– another illegal immigrant –– who was the driver, and she told jurors that the friend lied to police when he made a deal to testify against Banda in exchange for immunity.

“He tried to tell his story about the evening, about being in a fight and about being hurt and about his worker driving him. Nobody wanted to hear it,” Deputy Public Defender Juliana Humphrey said.  “Law enforcement presumed Banda was guilty because of where he sat. From where you sit, you have the opportunity to look at more. You have the opportunity to gauge the credibility of everything that was not available then.”

Investigators looked at Banda’s body and found seatbelt markings that indicated he had been driving the truck at the time of the collision, according to the prosecutor, Deputy District Attorney Christopher Chandler.