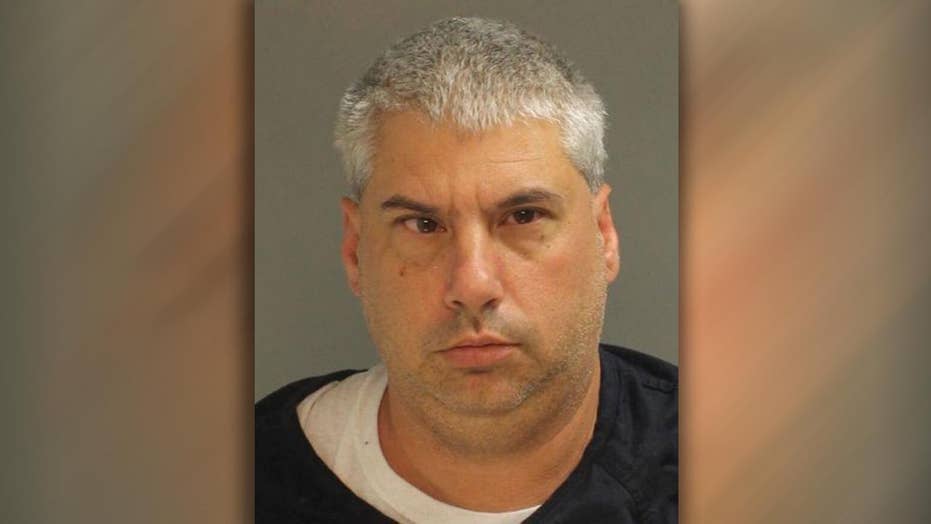 A Pennsylvania man who dressed as Mickey Mouse and Elmo for children’s parties is accused of sexually abusing five boys, officials said.

The allegations date back seven years.

Delaware County District Attorney Jack Whelan said authorities were concerned the allegations were the “tip of the iceberg.”

“Make no mistake, this is a very serious child predator,” Whelan said Monday at a news conference, FOX29 reported.

Cripps shouted "nope" when asked if he was guilty while he was led from the courthouse.

Whelan said Cripps ran a business, M.C. Parties, where he would dress as characters such as SpongeBob SquarePants. The district attorney said there was no evidence he met any of his victims through his business.

Whelan said the first sexual assault allegation made against Cripps was in 2012 but the office was not able to file charges due to a lack of evidence. Cripps was also being prosecuted by the Delaware County District Attorney’s Office for a string of robberies.

A child-abuse hotline alleged “four boys, ages 8 to 17, were compelled to sleep in the same bed with Cripps on numerous occasions,” Philly.com reported.  Cripps would reportedly become furious if the boys tried to refuse or resist his advances.

On Sept. 18, a male between the ages of 18 and 25 told the district attorney’s office Cripps reportedly sexually assaulted him and his brothers who were ages 8 and 7 at the time, the arrest affidavit stated. Around the same time, detectives were also investigating another sexual assault claim made against Cripps involving a 5-year-old boy. On Oct. 24, detectives interviewed a 17-year-old boy who also accused Cripps of molesting him when he was younger.

Cripps was arrested twice, in 2003 and 2006, for sexual assault but the charges were removed.

Cripps was being held on $250,000 bail at the George W. Hill Correctional Facility and awaits preliminary hearings.