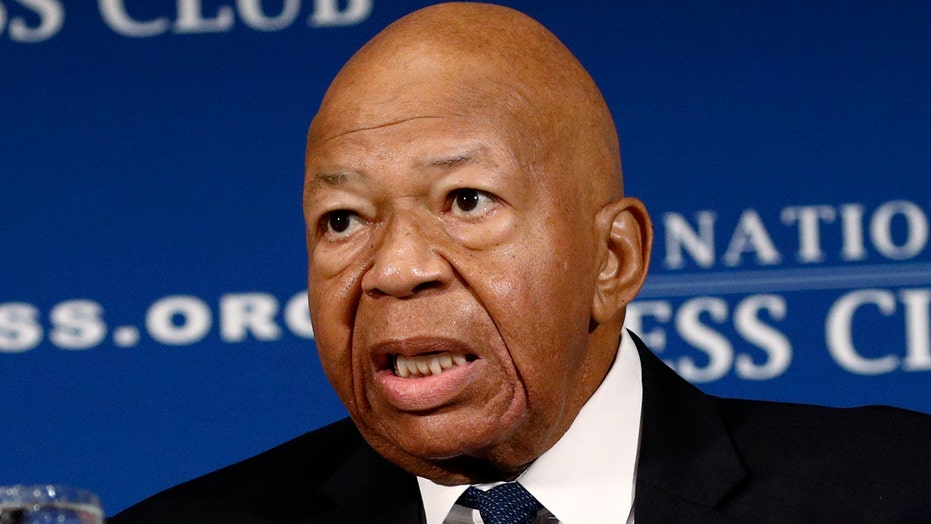 President Trump and Rep. Elijah Cummings’ bitter Baltimore feud may be getting all the coverage as they argue about the Democrat's Maryland district, but Cummings' wife tweeted this weekend in an apparent bid to hijack the headlines for something a little more personal and closer to home -- namely, finding the apparent burglar who broke into hers.

Maya Rockeymoore Cummings on Saturday posted several photos of the suspect, a man wearing a blue baseball cap with an unidentified logo, seen going into the couple's home. Other images show the man apparently riding off on a bike.

Cummings posted the pics in the hope Twitter users could help identify the logo -- the only distinguishing feature of the man -- or perhaps the suspect himself.

Rep. Cummings confirmed Aug. 2 that an apparent burglar had tried to break into his house a week earlier. Authorities said it was unclear whether anything had been taken from the property, which is located northwest of downtown Baltimore and the city's Inner Harbor.

The break-in came about four hours before President Trump set off a firestorm in the media by deriding Cummings’ district as a "disgusting, rat and rodent infested mess." He further called it the “worst run and most dangerous” district. Cummings fired back at Trump, setting off a war of words in which Republicans cited crime stats to back Trump and Democrats accused Trump of using racially charged language. 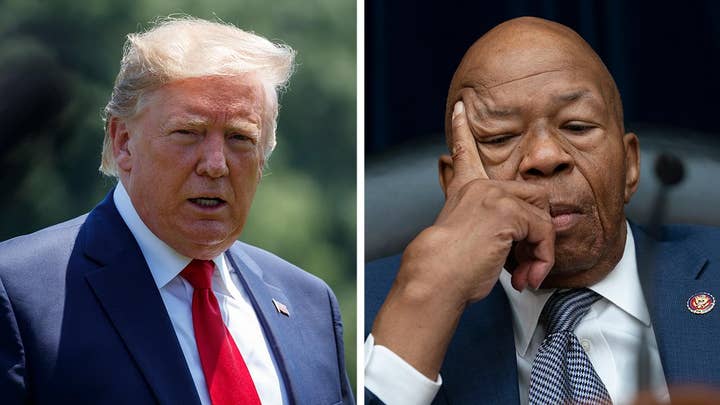 Meanwhile, weekend gun violence in Baltimore left two people dead, including a teenager, and at least 10 others injured, Baltimore police wrote on Facebook.

On Sunday, five separate shootings left two people dead and three others injured, police said. The two victims, a 17-year-old boy and 37-year-old man, were both rushed to hospitals, where they were pronounced dead.

Police said they are investigating the shootings.

The shootings in Baltimore mirror the weekend violence in Chicago, where two people died and at least 40 others were wounded in 33 separate shootings, according to Chicago police reports obtained by Fox News.