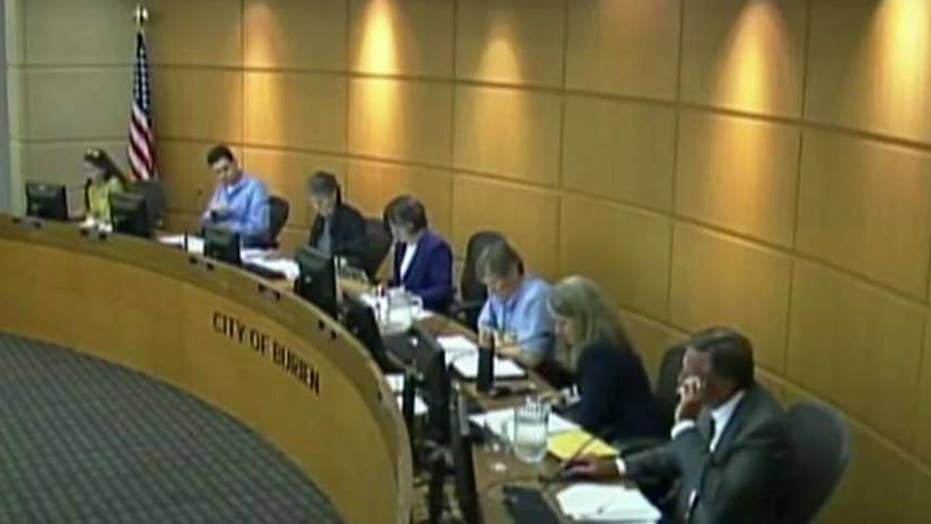 SEATTLE – A 23-year-old DREAMer in Washington state is accused of brutally raping a 19-year-old woman in her apartment complex's gym and leaving her with severe facial injuries -- including a broken jaw and dangling ear.

The woman ended up stumbling home with missing teeth, a bloody head and wearing only a black tank top, according to court documents obtained by Fox News. She was working out in the gym in Burien, a Seattle suburb, before the June 25 assault and did not know her attacker, police said.

Salvador Diaz-Garcia, an illegal immigrant who was a recipient of Deferred Action on Childhood Arrivals, or DACA, is now facing second-degree assault and rape charges in the vicious attack. He also faces child molestation charges for allegedly assaulting a 14-year-old the same day the rape occurred.

His DACA status has been revoked and he now may face possible deportation, officials said.

According to police, the woman was on the treadmill of the gym at 9:15 p.m. when Diaz-Garcia stood behind her and kept asking her questions. She asked him to move.

Diaz-Garcia then violently attacked her, police said, leaving her with a broken jaw, a broken nose and her ear partially ripped off.

The victim told police that a month before, her attacker had groped her and then ran away. Diaz-Garcia lived in the same apartment complex as the victim, but the two had never met.

He was arrested four days after the attack when witnesses and surveillance footage allegedly captured him watching girls at the complex's pool just before the attack. Investigators say they found what they believe is the victim’s blood on his pants. A rape kit found DNA on her.

“The state is extremely concerned for the defendant’s brazen, bold, and violent behavior towards young women,” prosecutors said in court documents.

Diaz-Garcia was granted DREAMer status in 2013 and renewed it twice since then, most recently this past January.  Immigration officials said his DACA status was revoked on Tuesday.

Burien passed a sanctuary law in January, but now there's a backlash. Residents have gathered enough signatures to force a vote on if the city should continue to shield undocumented immigrants. Residents are likely to vote on the issue in November, which could be the first referendum of its kind in the U.S.

"You want to lean toward having this welcoming 'we want everybody here to be happy and feel safe,'” said Debi Wagner, a Burien councilwoman. “How can we guarantee that if we don't know anything about people living in our midst?"