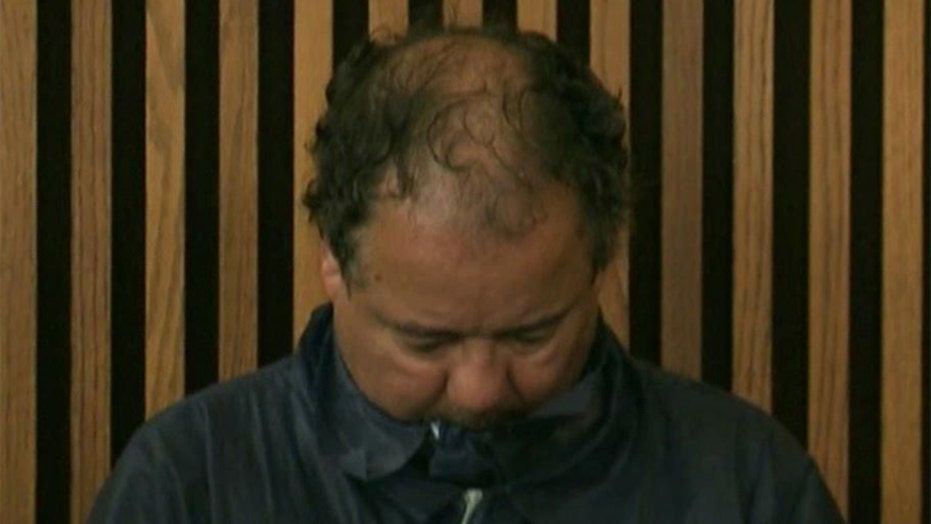 The Ohio attorney general says preliminary tests confirmed that alleged kidnapper Ariel Castro is the father of a 6-year-old girl rescued from his house with three women this week.

Attorney General Mike DeWine's office confirmed Castro's paternity in a news release Friday. DeWine says a sample of Castro's DNA was taken Thursday and forensic scientists worked through the night on the case.

The girl is the daughter of Amanda Berry, who authorities say was held for about a decade in Castro's house in Cleveland along with Gina Dejesus and Michelle Knight.

Meanwhile the FBI says it did not recover human remains in its search of the house.

FBI spokeswoman Vicki Anderson says investigators have for now concluded their search at the house where the women were found earlier this week.

Anderson said Friday that agents took more than 200 items from the house, though she wouldn't discuss what was found.

Prosecutors say they may seek the death penalty against Castro. Police say he impregnated one of his captives at least five times and made her miscarry by starving and beating her.

Castro remained jailed Friday under a suicide watch on $8 million bond. Public defender Kathleen Demetz, who said she is acting as Castro's adviser while he awaits a full-time attorney, said Friday she can't speak to his guilt or innocence and said only that she advised him not to talk to reporters.

But those who know the 52-year-old Castro are speaking up, saying he was often angry, paranoid and prone to violent outbursts against the mother of his children. He frequently beat her, played bizarre psychological games and locked her indoors, they said.

The stories, repeated in separate interviews with The Associated Press by members of Castro's extended family, have surprised people who knew him as a musician who played bass in several bands around Cleveland the last two decades.

Miguel Quinones, manager of a group Castro played with twice as a backup bass player about five years ago, said he had nothing bad to say about Castro based on his own experiences.

But in the interviews, some of Castro's ex-relatives said he frequently flashed his compulsions for secrecy and terrifying rage that often led him to beat his common-law wife, Grimilda Figueroa.

Figueroa left Castro years ago and died in 2012 after a long illness. Their early years together were happy, but something inside Castro snapped after the birth of their first child, they said.

Castro pushed her down the stairs, fractured her ribs, broke her nose several times, cracked a tooth and dislocated both shoulders, they said. In one incident, he shoved Figueroa into a cardboard box and closed the flaps over her head, they said. He kept her and children imprisoned, cut off from friends and family, and Figueroa couldn't even unlock her own front door, they said.

Figueroa filed domestic-violence complaints, accusing Castro of threatening many times to kill her and her daughters. She charged that he frequently abducted the children and kept them from her, even though she had full custody, with no visitation rights for Castro.

"When I go over there to visit her, and I ask her, `Nilda, I'm here, open the door,' she's like, `I can't. Ariel has the key,"' Figueroa's sister, Elida Caraballo, recalled.

Two of the women freed from Castro's home, including the one who gave birth to the girl, returned to relatives' houses earlier this week. The third woman, Michelle Knight, was released from a hospital Friday with a request that her privacy be respected.

"Michelle Knight is in good spirits and would like the community to know that she is extremely grateful for the outpouring of flowers and gifts," the statement said.