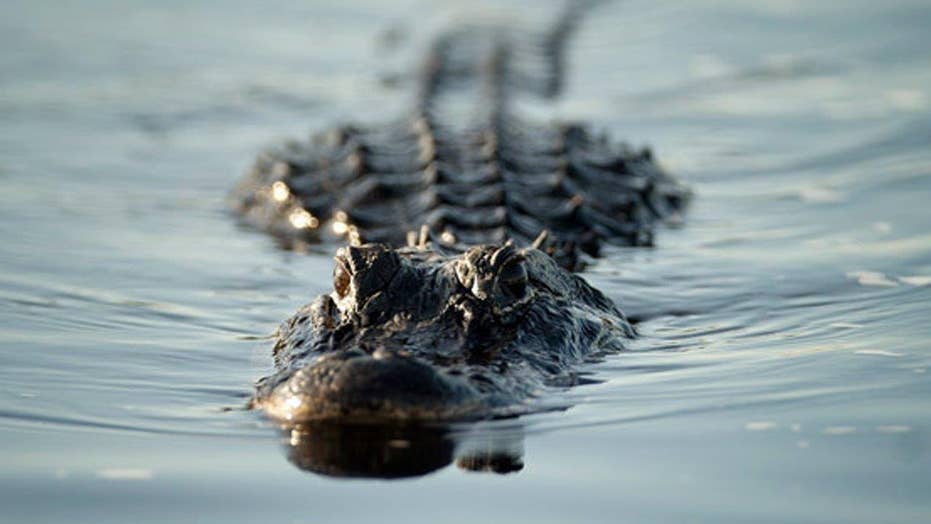 What's next for the theme park following deadly alligator attack?

Walt Disney World unveiled a statue this week honoring a boy more than a year after he was killed when an alligator dragged him into a lagoon, a horrific tragedy that led to calls for change at the family-friendly resort.

Disney World officials installed the lighthouse sculpture as a symbol of the Lane Thomas Foundation and placed it near where Lane Graves, 2, died, FOX35 reported.

"The lighthouse sculpture has been installed to help spread awareness of the Lane Thomas Foundation, which was established to provide assistance and support to families whose children need organ transplants," Walt Disney World said in a statement.

ALLIGATOR ‘ATE TOES OFF’ OF FLORIDA MAN WHO BATHED IN POND, REPORT SAYS

The company announced in June plans to build the gold and blue statue. The Lane Thomas Foundation posted on Monday a photo of the statue with the caption: "In recognition of National Lighthouse Day, please see the lighthouse created to honor our loving boy Lane."

The Graves family was vacationing at Disney's Grand Floridian Resort & Spa on June 14, 2016 when the 2-year-old boy went to scoop up some sand at the Seven Seas Lagoon. But he was snatched by an alligator a few moments later. Graves' dad jumped in and attempted to pry open the gator's jaws -- with no luck -- as a second gator attacked him. The reptile dragged the boy's body to the bottom of the lagoon.

People soon called for clearer signs and barriers warning visitors of the alligators. Reports indicted the resort had "No Swimming" signs posted, but no warning of the dangerous reptiles.

Disney added the reptile warning signs near its waterways and constructed a boulder wall along the edge of the lagoon in the months later.