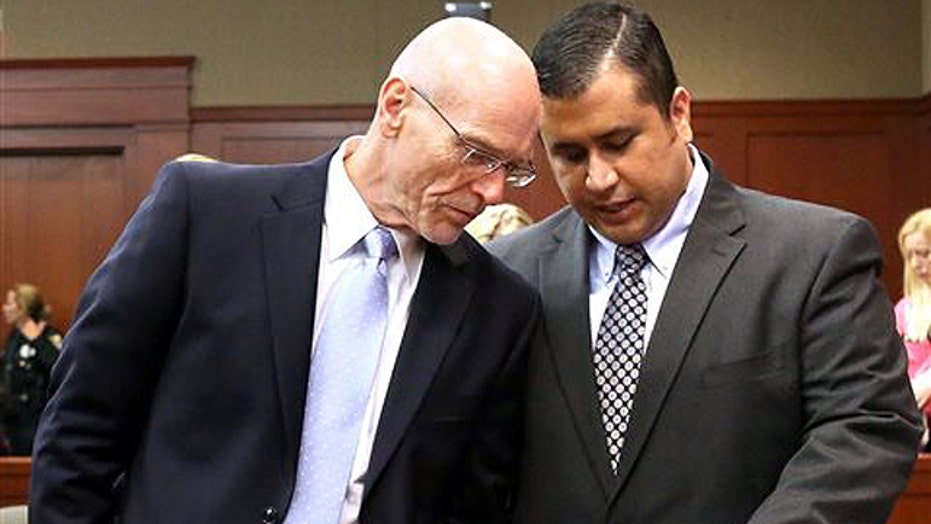 Opening statements in the Zimmerman trial

Legendary legal eagle Alan Dershowitz says he was stunned that George Zimmerman's defense lawyer told a "knock-knock joke" during his opening statement to the jury in the Trayvon Martin case.

The Harvard law professor, who was unavailable for comment early Tuesday, told “The Steve Malzberg Show” on Newsmax TV that he found the incident to be inappropriate for a murder trial.

"This is a murder case,” Dershowitz said. “The victim's family is sitting in the courtroom with tears in their eyes and he's telling a knock-knock joke? I just don’t get it.”

Dershowitz, well-known in legal circles for winning an acquittal of Claus von Bulow in the case that inspired the film “Reversal of Fortune,” even recommended that attorney Don West consider a new line of work.

"If a student ever did that in a mock court in my class, I would … ask him are you in the right school? Maybe you want to be a stand-up comedian or an entertainer,” he continued. “And, by the way, if you do, come up with better jokes."

Dershowitz also told CNN that Zimmerman should consider filing a motion requesting a mistrial due to West’s remarks.

“I would be furious at my lawyer unless the lawyer told him he was going to open with that joke,” Dershowitz told Piers Morgan on Monday. “In fact, I would ask my other lawyer to make a motion for a mistrial to start all over again.”

During opening statements on Monday, State Attorney John Guy repeated obscenities Zimmerman, 29, said to a police dispatcher just before the deadly confrontation with the 17-year-old Martin. He quoted Zimmerman as saying that Martin was one of the "f------ punks" who "always get away."

West, meanwhile, opened with a knock-knock joke in reference to the difficulty of selecting a jury for such a widely publicized case.

Dershowitz said the “only saving grace” to the joke was that apparently no one laughed.

"It wasn’t very funny," Dershowitz told Newsmax TV. "But I don’t get that. This is such a serious case … You have to be so dead serious. You're the defense lawyer. You're standing between yourself and the defendant and if the jury doesn’t like you, the jury's not going to like the defendant.

"And everything in this case comes down to George Zimmerman's credibility."

Zimmerman faces life in prison if convicted of second-degree murder for fatally shooting Martin on Feb. 26, 2012, as the black teenager walked from a convenience store through the gated townhouse community where he was staying in Sanford, Fla.