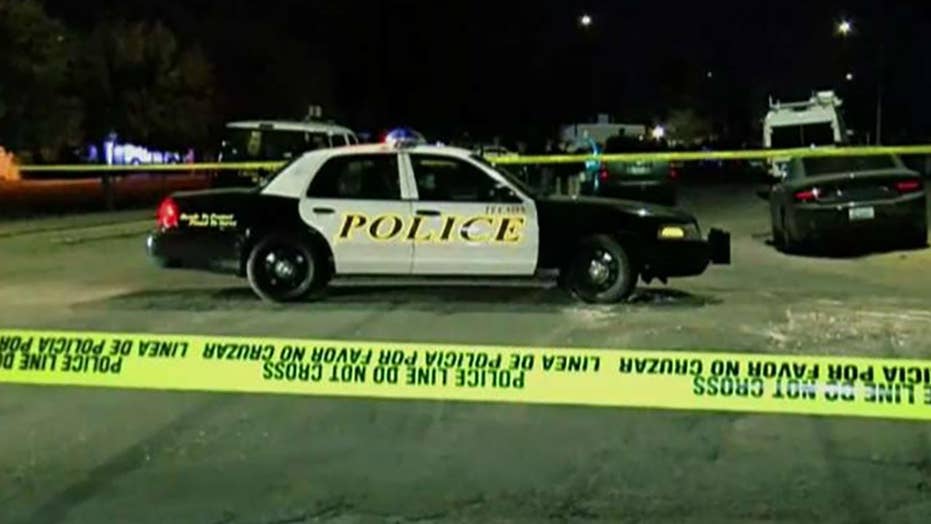 Deputy US marshal shot and killed in Arizona

Suspect shot officer after barricading inside of home. Suspect has been arrested.

A U.S. Marshal serving an arrest warrant was killed in the line of duty Thursday evening following an officer-involved shooting in Tucson, Ariz., according to Gov. Doug Ducey.

Arizona Gov. Doug Ducey confirmed the shooting on Twitter, posting: "I’ve just learned that tonight we lost a US Deputy Marshal from the District of Arizona. He was killed in the line of duty in Tucson. My deepest condolences and prayers go out to his family and all of Arizona law enforcement."

The shooting occurred outside a single-story house in northwest Tucson around 5:30 p.m., The Arizona Republic reported. The marshal was reportedly serving an arrest warrant for stalking a law enforcement officer when the suspect opened fire, striking the officer.

Local police and federal officers converged on the suspect's house and residents were evacuated, the report said. The suspect, who police identified as 26-year-old Ryan Schlesinger, eventually surrendered to authorities and was taken into custody, KGUN-TV reported.

The marshal who was serving the arrest warrant was taken to a hospital where he died from his injuries, the report said. The officer was the first marshal killed in the line of the duty in Tucson since 1952, according to online records cited by the Republic.

Tucson Police Department did not release the name of the fallen officer. The agency is jointly investigating the situation with federal agencies.