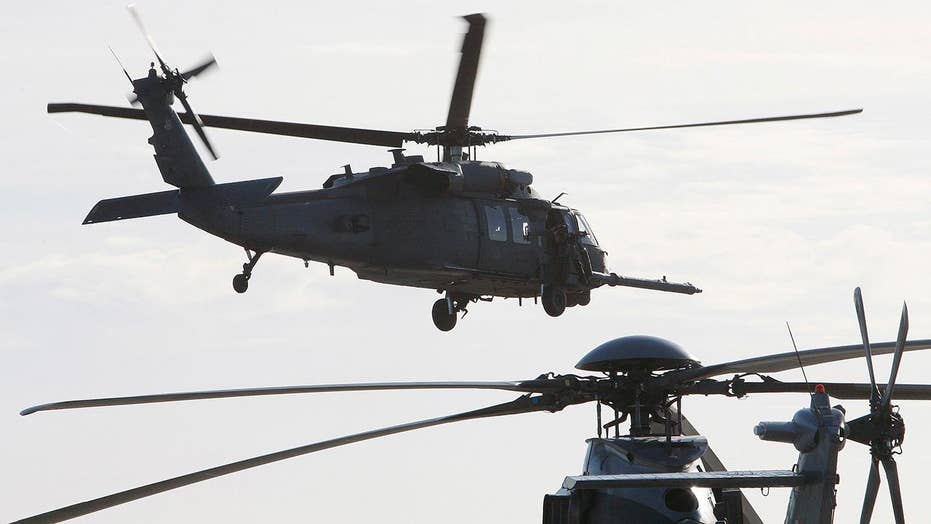 7 killed in US military helicopter crash near Syrian border

The seven airmen who died after their HH-60 Pave Hawk helicopter crashed near the Syrian border in Iraq have been identified by the Department of Defense.

The Department of Defense announced late Saturday that among the seven fatalities was Capt. Mark K. Weber, 29, from Colorado Springs, Colo.  He was assigned to the 38th Rescue Squadron at Moody Air Force Base in Georgia.

Four members of the 106th Rescue Wing at the Francis S. Gabreski Air National Guard Base in New York were also killed.

Master Sgt. William R. Posch, 36, of Indialantic, Fla., and Staff Sgt. Carl P. Enis, 31, of Tallahassee, both from the 308th Rescue Squadron, Air Force Reserve, at Patrick Air Force Base, Florida, were also killed in the chopper crash, which took place on Thursday.

Defense officials said that the episode is under investigation but that it “does not appear to be a result of enemy activity.”

This is the first deadly crash for the U.S. military in the war against ISIS in Iraq and Syria since 2014.