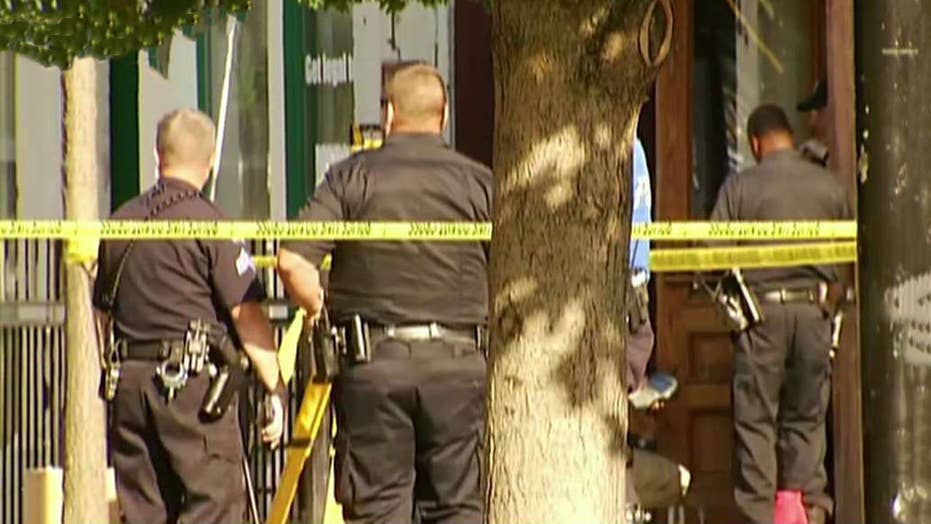 Coroner: Dayton gunman had cocaine, alcohol and antidepressants in his system

Police in Dayton, Ohio killed the suspect within 30 seconds after he started firing, but not before he murdered 9 people.

The gunman who carried out a deadly mass shooting in Dayton, Ohio, this month had cocaine and other drugs in his system at the time, a according to a coroner's report.

In a news conference on Thursday the Montgomery County coroner, Dr. Kent Harshbarger, said cocaine, antidepressants and alcohol were found in Connor Betts’ system when he opened fire with an AR-15 style gun in the city’s historic Oregon District on Aug. 4, killing nine people before police shot and killed him. That shooting came just hours after another deadly gun rampage, this time in El Paso, Texas.

Harshbarger added that investigators also found a pipe device and a clear bag containing cocaine on the 24-year-old Betts.

The coroner also told reporters that two people shot by Betts also were shot by police, but none fatally. He said all the deadly gunshot wounds to the nine victims came from Betts' weapon.

Dayton Police Chief Richard Biehl said the officers’ goal at the time was to "immediately stop the killing."

On Tuesday, Biehl said Betts shot 26 people in the span of 32 seconds before responding officers fatally shot him.

Surveillance footage released this week, which was pieced together from several local businesses, showed Betts spending nearly two hours in the area before his spree began.

Betts was first caught on camera in the area at 11:04 p.m. when he parked his car and walked to a bar, Blind Bob's, with his sister Megan and another companion.

All three remained at the bar until 12:13 a.m. Betts left the bar alone and went across the street to another bar, Ned Peppers, staying there until 12:42 a.m.

Police said he then went back to his car, changed into a hoodie and took items out of the trunk of the vehicle, including a "very heavy backpack."

Investigators said Betts then made his way from the parking lot toward the strip of bars again, through an alley, while he loaded his gun. He emerged and opened fire near Blind Bob's at 1:04 a.m.

Although investigators could not confirm the shooter's motive, Biehl said Betts had a "history of obsession with violence and violence ideations, the discussion of interests in mass shootings and the expression of desire to carry out a mass shooting."

Investigators have said there was nothing in Betts' background to prevent him from buying the gun, which was purchased online from a dealer in Texas and shipped to another firearms dealer in the Dayton area.