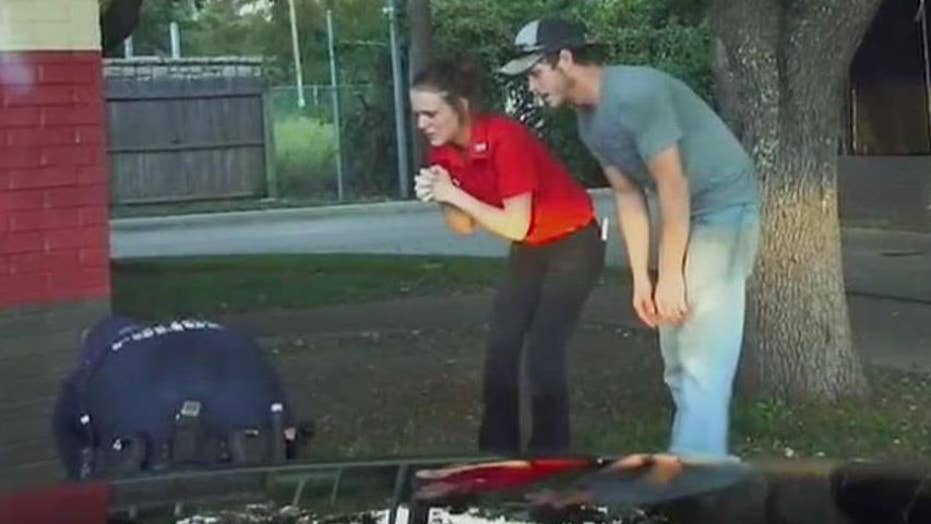 A Texas police was honored Tuesday for going out of his way to help save a 3-year-old boy’s life.

Granbury police say Officer Chase Miller was scanning his radio’s EMS channel on Oct. 12 when he heard a dispatcher call for paramedics to respond to a call about a toddler who had stopped breathing.

Police said Miller realized he was near the location and immediately responded.

Video from Miller’s dashcam shows him performing CPR on the boy until he resumed breathing. The boy’s parents told the officer he had suffered a fever-induced seizure. He was later taken to the hospital.

“When he started having a seizure, I panicked,” Bethany Geis, the boy’s mom told Fox 4 News. “I'm CPR certified. But at the moment, it just went over me."

Miller was given the city’s Life Saving Award and was joined at the ceremony by the boy and his family.

“I never dreamed of making a difference by saving a life,” Miller admitted at the event. “I'm thankful, blessed and very relieved to know he's up and at 'em.”