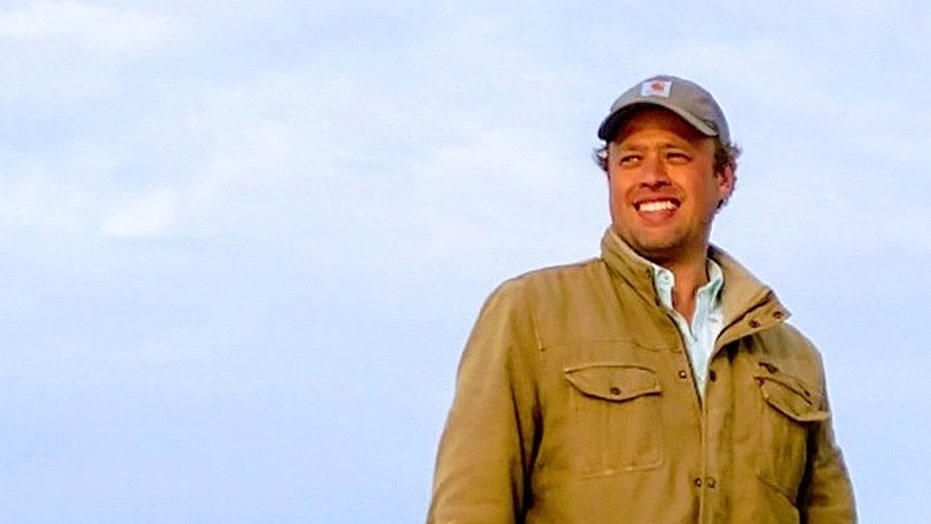 A film producer from Boston died this week after officials say he likely drowned in a Montana lake while shooting a political ad for a prospective U.S. Democratic Senate candidate.

The body of 40-year-old Jesse Hubbell was recovered Wednesday from Canyon Ferry Lake, two days after he went missing while filming a video for John Mues, a Navy veteran who is considering a run against Republican Sen. Steve Daines in 2020.

Hubbell, who was said to have some diving experience, was in at least 60 feet of water when he disappeared Monday. Lewis and Clark County Sheriff Leo Dutton said that Mues reportedly tried to help Hubbell before he went under.

Dive teams searched the water for two days before a body was recovered from the lake east of Helena.

The body of 40-year-old Jesse Hubbell was recovered Wednesday from Canyon Ferry Lake, two days after he went missing while filming a video for John Mues, a Navy veteran who is considering a run against Republican Sen. Steve Daines in 2020. (LinkedIn)

Dutton said authorities have ruled the death an “accident,” likely caused by drowning.

He added that equipment malfunction and hypothermia also may have played roles.

The water in Canyon Ferry Lake is between 60 and 64 degrees, Montana Fish, Wildlife and Parks spokesman Greg Lemon said. Water that cold can lower a person's body temperature and pose a hypothermia risk, but Hubell was reportedly wearing a wetsuit at the time of his death.

In this Monday, June 17, 2019 photo, emergency responders stage at the Yacht Basin marina east of Helena, Mont., as search and rescue teams search for a missing diver near Cemetery Island on Canyon Ferry Lake. (Thom Bridge/Independent Record via AP)

Mues himself was sent to the hospital after trying to help the victim but was released later that day after treatment for unspecified injuries.

Although he has not formally announced his candidacy, Mues recently told the Hill that he was planning to announce soon. A campaign website for Mues was taken down shortly after Monday’s accident.

In an email to the Associated Press, Mues called Hubbell's death a tragic accident and thanked emergency responders and health officials for their efforts.

"My wife and I extend our deepest condolences to Jesse's wife, family and friends. He will be greatly missed," the statement read.

Hubbell was a freelance producer for 17 years from the Boston area who worked on films, documentaries and political and commercial content, according to his LinkedIn profile.