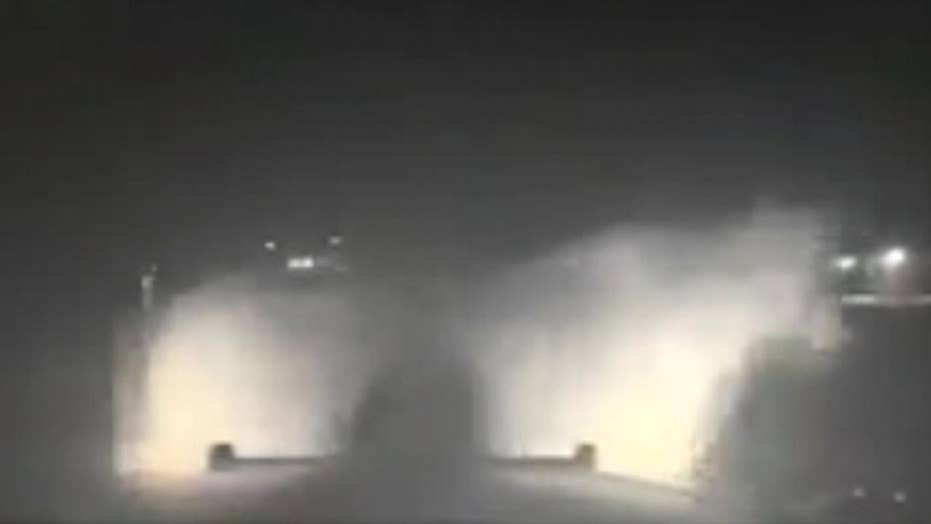 A deputy constable in Texas appeared to have an unfriendly run-in with a cow on Thursday while he was reportedly on patrol duties.

Harris County Deputy Andrew Ries was working that night in an area northeast of Houston when he came across some motorists that had apparently had some sort of traffic incident, according to The Associated Press. Ries soon reportedly found out that one of the vehicles hit a cow.

Authorities released captured dashcam video that appeared to show the motorists slowing walking backwards and ultimately jumping on top of a car before the cow comes into the frame, chasing the deputy around his patrol car.

The cow continues to charge at the deputy and seems to clip the vehicle as the deputy continues to flee, the video showed. After hitting the car, the animal slowed and eventually ran off.

“During the regular 8 hour shift we encounter the good, the bad, and the big,” Constable Sherman Eagleton with the Harris County Constable Pct. 3 said on Facebook. “We can handle criminals with no problem, but when it comes to livestock....it’s no bull!” along with the hashtags “#nobull,” “#wheresthebeef,” and “#runRiesrun.”

Authorities added that “no humans, animals, or patrol cars” were damaged in the making of the video.