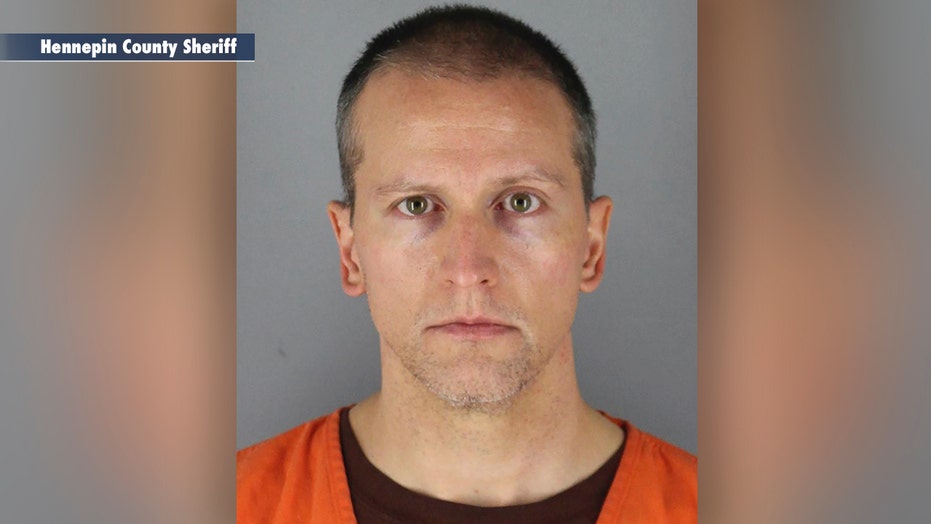 Matt Finn reports from Minneapolis on the growing debate in the city on the future of the police department.

It was filed by the Minnesota Department of Human Rights (MDHR) and comes amid an ongoing civil rights investigation. The court said it has the power to enforce these "preliminary measures" and failure to comply with the order could lead to penalties.

“Today’s court order will create immediate change for communities of color and Indigenous communities who have suffered generational pain and trauma as a result of systemic and institutional racism and long-standing problems in policing,” said Minnesota Department of Human Rights Commissioner Rebecca Lucero in a release by her department.

Police officers deploy to disperse protesters gathered for George Floyd in Minneapolis on Tuesday, May 26, 2020. Four Minneapolis officers involved in the arrest of the black man who died in police custody were fired Tuesday, hours after a bystander’s video showed an officer kneeling on the handcuffed man’s neck, even after he pleaded that he could not breathe and stopped moving. (Richard Tsong-Taatarii/Star Tribune via AP)

Lucero had filed a charge of discrimination against the city of Minneapolis police department on Jun. 2, alleging a violation of the Minnesota Human Rights Act.

The charge alleged the department discriminated in the area of public service based on race, specifically when George Floyd died in police custody May 25 after an officer kneeled on his neck for more than eight minutes, according to the order. She also alleged that the department had engaged in a pattern of race-based policing.

Under the court order entered by Hennepin County District Court Judge Karen Janisch, the City of Minneapolis must implement a series of measures which include banning neck restraints, chokeholds, and reporting of "unauthorized use of force" by fellow officers.

Any police officer, regardless of tenure or rank, must now report if they observe another police officer use any unauthorized use of force while on-scene, including any chokehold or neck restraint, the release said.

It added that any officers must also intervene by verbal or physical means if they see a member of their department using those tactics.

Use of crowd control weapons, such as chemical agents, rubber bullets, flash-bangs, batons, and marking rounds can only be approved by the police chief or their designee at the rank of deputy chief, according to the release.

"The Police Chief must make timely and transparent discipline decisions for police officers as outlined in the order," it added.

Changes will also be made in terms of reviewing body camera footage, which the proposed court order said would help "identify discriminatory practices in policing, including officer misconduct." Plans on how to utilize the audit function will be submitted within 90 days of the order's effective date.

The court order also requires the Minneapolis Police Department to fully comply with the ongoing civil rights investigation. The release added that any resident of Minnesota who witnesses violations of the order should contact the Minnesota Department of Human Rights.