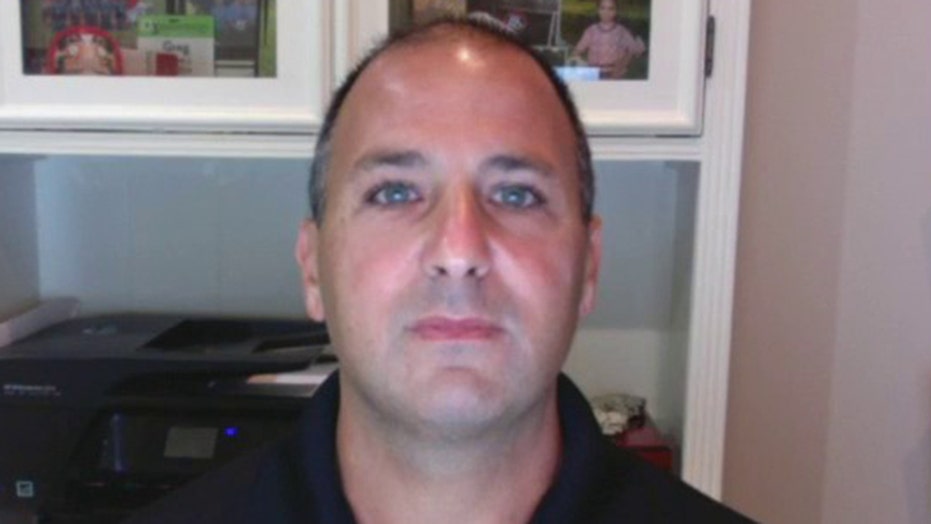 BurgerFi franchise owner Greg Gatto says he has not laid off a single employee as his fast-casual restaurant remains closed.

If you are a small business owner looking for help making payroll during the coronavirus pandemic, you may want to try your luck with a smaller community bank.

As the second round of Personal Paycheck Protection (PPP) loans are being doled out by the Small Business Administration, entrepreneurs who are dealing with smaller community banks and credit unions are seeing their loans much more quickly than those applying through larger banks.

"The assumption is, by banking with these big-name guys, you know, that they have so much asset and they know what they're doing. They have systems. They have the technology. You would think that they would have been able to, you know, to figure it out," Josh Borenstein, owner of Modern Bread and Bagel on Manhattan's Upper West Side, told Fox News regarding his experience getting approval for his PPP loan application.

"It just sort of shows, and it's not a lesson in banks, it's just one of those things where larger businesses often have a really tough time getting to the right answer. The small businesses are more nimble."

Borenstein, who owns and operates Modern with his wife, Orly Gottesman, says that the process during the first round of the PPP loan process was daunting.

"Small businesses who bank with large banks have been royally screwed throughout this whole PPP process," he says. "All the small businesses that do bank with them are now being significantly hamstrung from actually getting these applications approved.

"If you're a business that banks with a large bank, that's kind of who you bank with, not much you can do about that. You didn't know that was going to be a bad thing, especially if you're in a place like New York City where you don't have that many small banks."

During the first round of PPP lending, many big banks had favored their larger customers as small-business owners flooded banks like Wells Fargo and Bank of America with applications. Many of them were turned away for reasons like applicants not previously borrowing from their bank, according to a recent report by the Wall Street Journal. As a result, many applicants were left in the lurch.

When reached for comment, officials with Bank of America referred Fox News to a recent announcement by the bank in which 76 percent of PPP applications they received to date were for companies with fewer than 10 employees and that a vast majority of them were approved by the SBA.

Owners of NYC's Modern Bread and Bagel, Josh Borenstein and his wife Orly Gottesman, say that they had to go to a smaller bank for their PPP loan after they were unable to get approval from their normal banks.

The SBA has made the process easier for loan approval during the second round, limiting a lender's bulk submission from 15,000 to 5,000 to avoid jamming up the administration’s computerized E-Tran system with a backlog. They have also started individually processing each application as opposed to robotic submissions done during round one.

"We were able to work with our local bank and they were ahead of the game," Steve Wallace, an Army veteran, and owner of the Brackett Bar, a local establishment in Wisconsin, said to Fox News in an April 16 story on PPP loans. "They had that package to me before it was even released by the SBA. We filed on April 3 and last week, we got a note last Thursday, that our loan was approved."

Wallace's bar is in a rural location near Eau Claire and mostly handles its business' finances through Charter Bank, a small bank with only three branches. Charter officials say that not only have they had an easier time processing PPP loans for local businesses in Eau Claire but they also felt it was important to help keep them running through the pandemic.

"We're not doing this to make money on it because the loans are paying a rate of 1 percent. And our cost of funds is 1 percent," Paul Kohler, President, and CEO of Charter Bank says to Fox News. "So we're not really making money on this. These small businesses are the livelihoods of our community."

Kohler and his colleagues at Charter say they have processed nearly 400 loans, totaling $65 million since the beginning of the PPP program. The loans issued include many nonprofit organizations and churches. One of the smallest loans they processed was for an area hair salon that needed $800. They say that they have been able to process these loans by preparing as word that the pandemic would leave most businesses shuttered.

Charter says that the work they have been doing comes from a sense of obligation to the community.

"I think that's one of the things that benefit us as a community bank, is the lenders here all have a good relationship with their customers," Jay Brettingen, Vice President of Business Banking at Charter, says to Fox News. "So all the lenders here had reached out and we had been in constant contact with our customers knowing that this PPP loan was coming so they could anticipate the information that may be required once the application process opened. And so when it did open, our customers were in a good position to have all that information ready to go."

Wisconsin Bar owner Steve Wallace (left) and his wife were able to quickly get a PPP loan from their local bank. (Courtesy of Steve Wallace)

The Brackett Bar's Wallace says that he's grateful for the type of support that Charter as given him.

"I think having a relationship with your bank, who's actually been a customer of yours, goes a long way in a crisis," he says.

As for Borenstein back in New York, he eventually had to turn to a smaller bank for help. After a lack of assistance from his two normal banks, he turned to a smaller lender called Leasecorp that finally approved his application for a PPP loan.

Borenstein believes that it's the smaller banks that are going to score a win for their handling of the PPP loan process.

"I think people are going to be looking," he said. "Businesses like mine are going to say, 'well, let's go see if we can find a bank.' And I'm in New York City it's harder than other places within the U.S. But we would. With a smaller bank, if it feels like I matter to them."