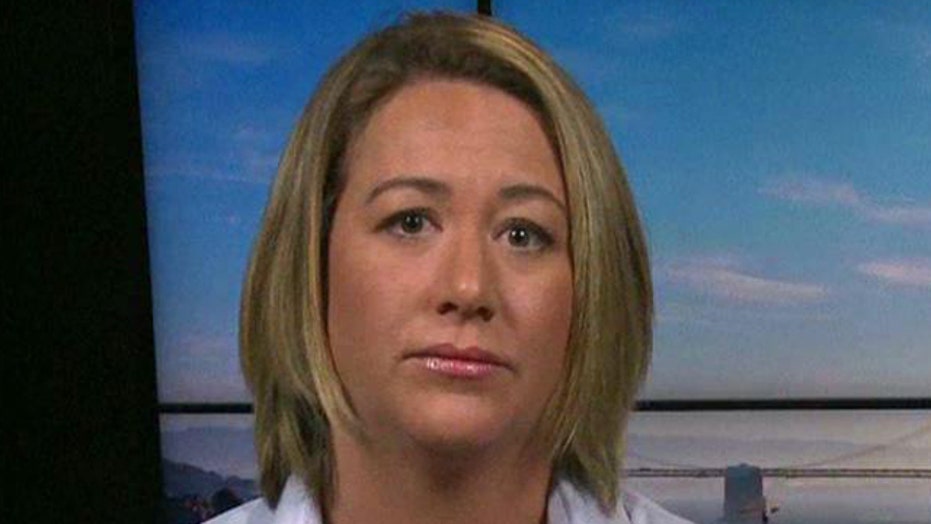 The hero police officer who helped rescue kidnap victim Jaycee Dugard -- held captive for 18 years -- is suing her former employer for the right to carry a concealed weapon.

Allison "Ally" Jacobs, a former UC Berkeley police officer, suffered an on-duty injury in 2010 and accepted a disability retirement. Under California law, retired officers are permitted to carry concealed weapons, but, in an apparent reversal of policy, UC Berkeley said it no longer considered those receiving income disability, like Jacobs, to be "retired." Jacobs was then told she was disqualified from receiving a retired officer card with an endorsement to carry a concealed firearm.

In 2009, Jacobs' police instincts led authorities to Dugard, who was kidnapped in 1991 at the age of 11 in South Lake Tahoe and held captive for 18 years by convicted sex offender Phillip Craig Garrido and his wife at their home in Antioch, Calif.

When Garrido visited the UC Berkeley campus with his two daughters and encountered Jacobs, the veteran police officer said, "something just wasn't sitting right with me."

"He was on parole for kidnapping and rape," Jacobs told Fox News in an interview Monday. "And after that meeting [with Garrido] was over, I decided to call his parole officer and let him know that I think that some investigation is warranted into the home life of Mr. Phillip Garrido.

"And that just opened up an investigation that discovered Jaycee Dugard had been held captive there for 18 years," Jacobs said.

A year later, Jacobs said she was injured on the job and, "I got medically retired from the University of California Berkeley."

She said when she asked for her permit in 2010, she was told, "'No, we're not allowed to give it to you anymore,'" and that UC Berkeley moved to revoke the permit from other police officers who had retired due to medical disability.

"Under state law, all police agencies must give their retired police officers -- both those who retire after a full career and those who retire on disability -- a permit to carry a concealed weapon," Jacobs' attorney, Michael Morguess, told Fox News.

"They're denying people like Ally and scores of others those permits," Morguess said. "In effect, the University of California has decided that officers that put their lives in danger in the line of duty -- who are injured on duty and are forced to take a disability retirement -- are not considered retired under state law and thus not entitled to a permit ... The University of California policy is contrary to state law."

UC Berkeley was not immediately available for comment when contacted by FoxNews.com.