The owners of the California dive boat where 34 people died in a fire over the weekend have filed a lawsuit to avoid liability in the case, as investigators say the crew of the ship made several attempts to save victims who were trapped by the blaze.

Truth Aquatics Inc. filed suit Thursday in Los Angeles federal court under a pre-Civil War provision of maritime law that allows it to limit its liability.

The suit said the company and owners Glen and Dana Fritzler “used reasonable care to make the Conception seaworthy, and she was, at all relevant times, tight, staunch, and strong, fully and properly manned, equipped and supplied and in all respects seaworthy and fit for the service in which she was engaged.”

Anyone who could make a claim against the company would be served with notice that the firm was asserting it was not liable for damages and victims will have a limited time to challenge that claim.

Such laws have their origins in 18th century England and are designed to encourage the shipping business. The U.S. law dates to 1851.

The time-tested legal maneuver has been successfully employed by owners of the Titanic and countless other crafts, and many maritime law experts said they'd anticipated it. Still, the speed with which it was filed, just three days after the deadly inferno Monday in which all passengers on the boat and one crew member died, struck some observers as being in poor taste.

No cause for the fire has been determined.

Charles Naylor, who has represented victims in maritime law cases, said the action forced family members in their grief to respond to a lawsuit.

Aboard were respected scientists, engineers, free spirits and parents with their teenage and adult children — all brought together over a passion for scuba diving. Two divers were celebrating their birthdays. 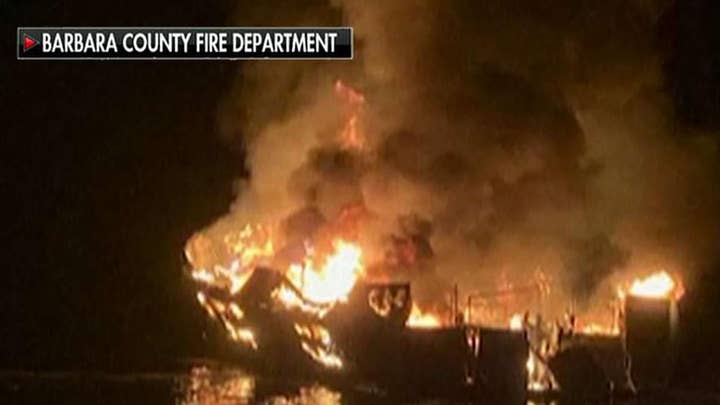 All those killed in the Labor Day tragedy were sleeping below deck when the fire broke out around 3 a.m. The captain and four crew members above deck survived.

Jennifer Homendy of the National Transportation Safety Board (NTSB), which has been investigating the cause, said all five were interviewed and described the terrifying situation. 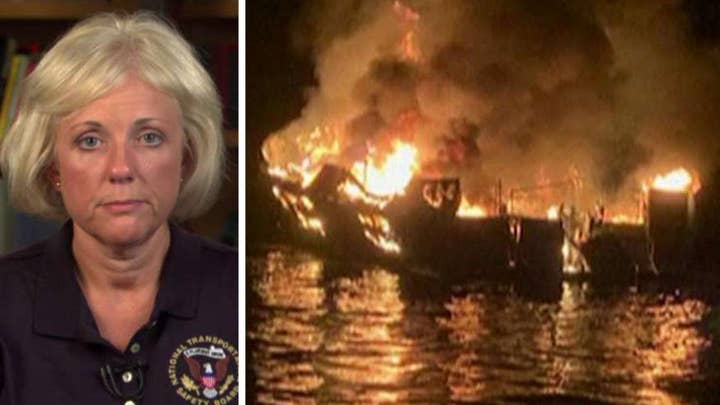 They also said they tried to get through windows to help those trapped but couldn’t and then abandoned ship.

“At that point, due to heat, flames and smoke, the crew had to jump from the boat,” Homendy said.

The crew soon returned in a skiff but couldn’t find any survivors.

Investigators said they were examining potential ignition sources of a deadly fire on the scuba diving boat, including electronics aboard the vessel.

“We are not ruling anything out at this point,” Homendy said.

The Conception had been in full compliance with Coast Guard regulations, officials said.