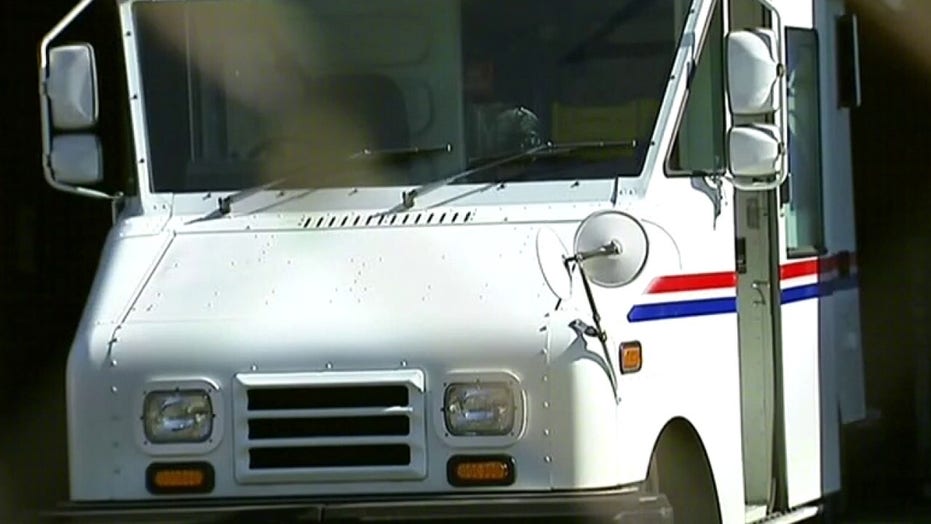 The lawsuit cites a national pre-election postcard that the Postal Service is planning on sending to every U.S. household.

The postcard, which Griswold posted on social media, provides a checklist for preparing to vote by mail. It lists starting early, contacting the local election board to confirm rules, requesting a mail-in ballot at least 15 days before the election, following instruction on the ballot, and mailing the ballot at least seven days before Election Day.

The checklist is misleading in multiple ways, according to the Colorado secretary of state.

Griswold said she asked the Postal Service not to mail the postcard with misinformation, but it refused.

Additionally, Colorado Attorney General Phil Weiser notes that once Coloradans get their ballot, they "can mail it back or, as most do, deposit it in a drop-off box."

SCHUMER CALLS FOR POSTAL BOARD OF GOVERNORS TO SUSPEND DEJOY

The Postal Service contends that the postcard was meant to provide general guidance on the use of mail, not instruct voters on the specific election laws of each state.

"The main message of the mail-piece is that voters should plan ahead, educate themselves about voting options available in their jurisdiction, and, if they choose to vote by mail, to give themselves enough time to receive, complete and return their ballot," Postal Service spokesperson David Partenheimer said in a statement. "The Postal Service recognizes that not every state requires a voter to request a ballot in order to obtain one by mail for the November election.  The Postal Service’s guidance remains that individuals need to understand their state’s rules and deadlines, and to plan ahead."

Weiser is one of several Democratic state attorneys general suing the Trump administration over proposed changes to the Postal Service they say could impact delivery and the 2020 elections.

Last month amid political pressure, Postmaster General Louis DeJoy suspended all proposed changes to the Postal Service until the November election is over.

President Trump has been a harsh critic of mail-in voting since the spring, alleging that it makes voter fraud possible. Democratic presidential candidate Joe Biden has hit back at the president, claiming Trump is trying to sabotage the Postal Service ahead of the election.