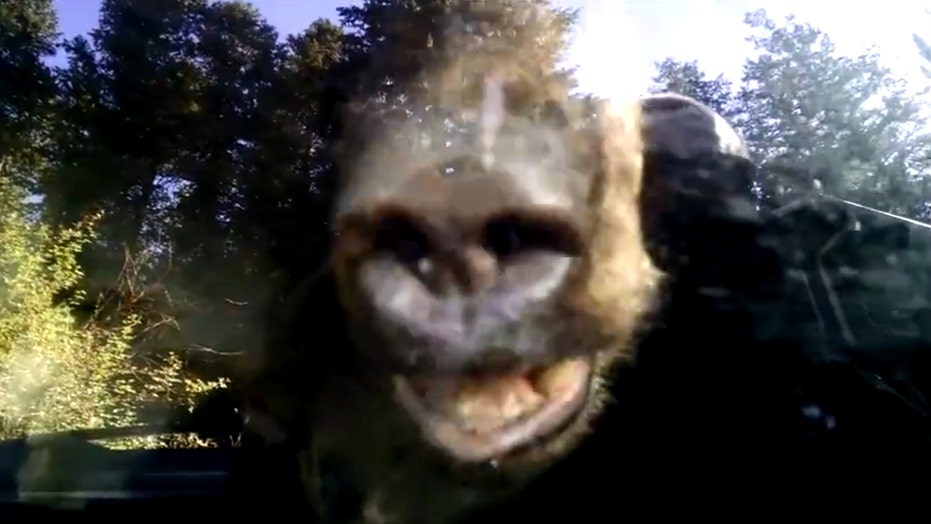 How did he get in? Puzzled officer rescues bear stuck in car

Raw video: Jefferson County Sheriff’s Office deputy confused to how bear got trapped in car, releases animal back into wild

Authorities in Colorado were involved in a wild incident Tuesday morning after a bear broke into a girl's car.

Jefferson County Sheriff’s deputies were called to a scary situation in Genessee. A 17-year-old girl called police after a bear climbed into her Subaru and began to rip the seats and the ceiling.

Deputies Josh Tillman and Brian McLaughlin arrived on the scene to find the bear still locked inside the vehicle. According to KDVR-TV, McLaughlin recorded a video on his cellphone showing the animal breathing on the glass and putting its paw on the window.

Tillman said the bear was “jumping from the back to the front running around as much as he could destroying about everything trying to get out.”

McLaughlin wondered how the bear got into the car because there wasn’t a broken window.

The teen told the station that she didn’t lock the door and believes the bear may have just opened the door and locked itself in.

“They’re smart animals so I wouldn’t doubt if he just opened the door and then let himself in,” she said.

The bear destroyed the inside of the car and it had to be towed away. The teen wasn’t sure what she was going to do about the car; some insurance agencies claim that an incident with a wild animal is an “Act of God,” according to KDVR-TV.

“Imagine about as much destructing as you can imagine in a car. He ripped door panels off. He tore the steering wheel off,” Tillman said of the damaged vehicle.

The deputies were able to pop the handle on the latch and the bear was able to crawl its way out and skip off back into the woods.

“He kind of stopped and looked at us like no big deal and took off,” Tillman said.

Tillman added that he doesn’t want to be that close to a bear again.