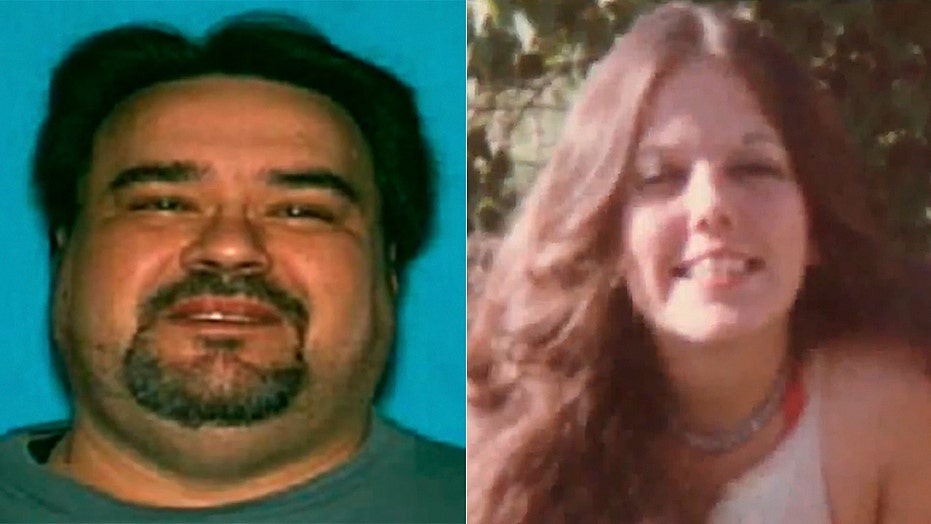 A convicted rapist who died seven years ago has been identified in a decades-old slaying of a young woman in Colorado with help from new technology, according to officials.

The Jefferson County Sheriff's Office announced Tuesday they solved the 38-year-old cold case murder of 18-year-old Jeannie Moore, who was last seen alive on Aug. 25, 1981. Her body was discovered in Genesee Park in Jefferson County, located about 20 miles west of downtown Denver.

"Our goal then and now has been to bring justice to Jeannie and her family," Jefferson County Sheriff Jeff Shrader said. "And while we would have preferred to place handcuffs on the suspect, we hope knowing who and where he is brings them some degree of closure.”

The sheriff's office said Donald Perea kidnapped, sexually assaulted and killed Moore near Denver when he was 23 years old. Perea, a convicted rapist, died on May 28, 2012, at the age of 54 due to health-related issues.

Investigators said Perea was out on bond for a separate sexual assault case when Moore was killed; he was later convicted and was in prison from 1982 to 1985.

Moore left her home for work at a gas station on Aug. 25, 1981 -- hitchhiking as she typically would -- when she was last seen getting into an older Ford Galaxy or LTD that was red, according to the Colorado Bureau of Investigation.

Five days later, Moore's body was found by picnickers in Genesee Park, south of Interstate 70. An autopsy found that she was killed by several blows to the head, FOX31 reported.

After her murder went unsolved for decades, officials said the cold case was looked at in 2008 and again in May 2019, when new technology found a match. A public-private partnership that allowed forensic genealogy testing to be completed by Denver-based United Data Connect helped uncover a match.

The information that led to Perea was the same technology that helped crack the Golden State killer and other notable cold-case murders and rapes in 2018.

The DNA evidence from the crime scene was linked to a family member of Perea this spring, and investigators were able to interview family members and get other samples to confirm that he was the suspect linked to the case.

Joan Busse, a genealogist with United Data Connect, told FOX31 she put in 40 to 60 hours working backward through thousands of ancestors on public genealogy websites and DNA matches to identify a suspect. DNA can be uploaded to public genealogy websites such as GEDmatch.com through commercial kits where people can choose to opt-in if they want law enforcement to be able to access that information.

"Further investigation led investigators to identify Perea as being 3.3 trillion times more likely than anyone else to have committed the murder," the sheriff's office said on Facebook.

Family tree forensics: Are there risks to using popular DNA testing kits to investigate your ancestry?

Some legal experts are raising privacy concerns over law enforcement use of genetic genealogy to investigate cold cases; Morgan Wright, senior fellow at the Center for Digital Government, weighs in.

At the news conference on Tuesday, JSCO investigator Elias Alberti thanked Perea's family for their help in solving the case.

"We would not be here today if we did not have the gracious help of his family members helping to identify he was the suspect and give us closure in that case,"  Alberti said. "We were able to collect DNA from (his) biological daughter and able to submit to JeffCo crime lab able to confirm Donald was and is the suspect to Jeannie Moore’s murder."

Moore's parents are no longer living, but her surviving family members described their sister as "kind and loving in all her ways."

Shrader read a full statement from her family, which said, "We would like to thank the JeffCo Sheriff's Office for all their hard work. Jeannie Marie Moore was kind and loving in all ways. She was sincere and true in her heart and mind. She has left behind beautiful memories."