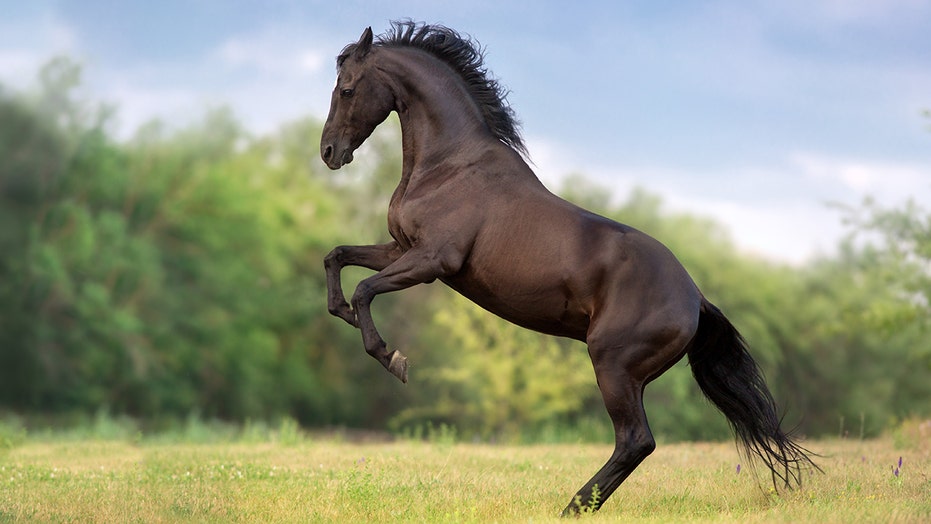 The emergence of a disconcerting video showing a horse dragged by a pickup truck has led to an animal cruelty charge levied against the Colorado couple who reportedly owns the animal.

John Saldate, 59, and Amber Saldate, 33, were identified by police as the horse's owners. The animal, named "Trigger," is seen in the footage being pulled against its will by a rope tied to its halter -- an alarming scene that got the attention of authorities after the video circulated online. The incident reportedly occurred Nov. 24 near Grand Lake.

The horse can be seen in the video struggling as it's pulled at least 100 yards down a snow-covered road.

Authorities in Grand County quickly opened an investigation after being alerted to the video, the sheriff's office said in a press release last week. The Saldates were charged with one count of animal cruelty, officials said. The horse "is now safe" after it was seized by law enforcement.

Before they were identified by investigators, the couple — who own two other horses — spoke about the incident to KCNC-TV, admitting wrongdoing and appearing apologetic.

“You make one bad decision sometimes and it can destroy your life,” Amber Saldate said. “I’ve lost my job over this, I’ve upset a lot of people. I made our horse go through something that he shouldn’t have. I was wrong.”

Trigger was reportedly a recent addition to the family, and the pair's two other horses were not seized when Trigger was moved.

“Cases involving kids and animals are obviously very emotional,” Grand County Sheriff Brett Schroetlin said of the situation. “We need to do our part of the investigation which sometimes takes a little bit longer than what the community is hoping.”

The day after the incident occurred, President Trump signed the Preventing Animal Cruelty and Torture Act into law, which makes certain acts of animal cruelty a federal felony if they take place as part of interstate commerce or happens on federal property.

In Colorado, animal cruelty is a class one misdemeanor. If convicted, the couple faces up to 18 months in jail and/or a $5,000 fine.