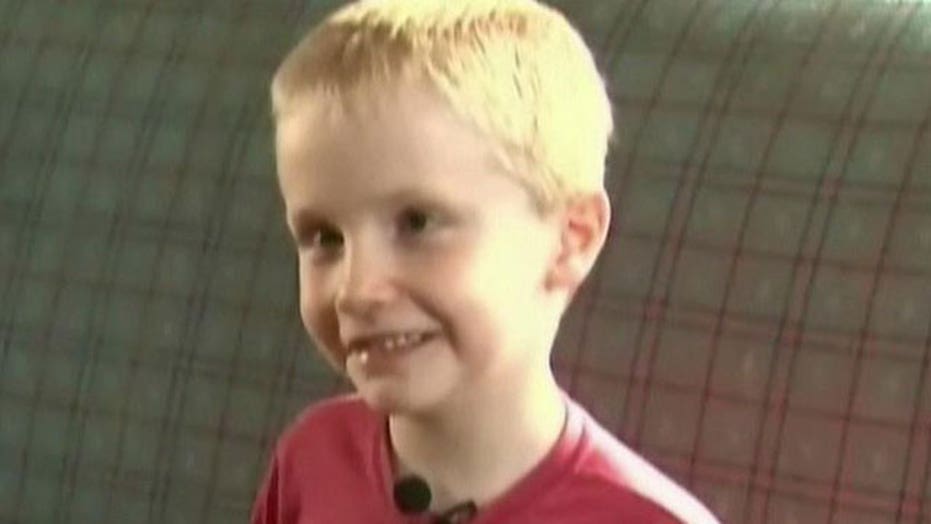 The principal at the Colorado school where a 6-year-old was suspended Monday for planting a kiss on a classmate's cheek said the allegations on the student's record will be changed from "sexual harassment" to "misconduct."

Tammy DeWolfe, the principal at the Lincoln School of Science and Technology in Canon City, said the school has been working with Hunter Yelton's family to resolve the issue stemming from the incident.

Yelton was initially accused of sexual harassment that Canon City school officials wanted on his school record. A School District RE-1 official said the repeat offenses meet the school policy definition of sexual harassment and they hope the tough standards will force the boy to change his behavior.

"They sent me to the office, fair and square. I did something wrong and I feel sorry," Yelton, told KRDO-TV. The school’s voicemail box is full and they have not returned calls.

Yelton's mother, Jennifer Saunders, told the station, "I'm going to stand up and fight for him because that's not the case, that's not what happened at all."

The boy's mother said her son was suspended once before for kissing the girl and had disciplinary problems, but the girl did not object to being kissed. She told the station that the two children like each other. The girl, however, told Fox News she just wanted Yelton to "knock it off."

In the meantime, the Cannon City School District has been inundated with phone calls in defense of the boy. A woman who answered the phone at district office said the office is "very busy," dealing with some callers who are being hateful. The woman did not provide her name.

The Colorado Department of Education said it does not have jurisdiction in local control issues and will not comment on the issue. Local elected school boards and administrators set their own rules, it said.