Ten people were gunned down in Chicago in recent days during what is being called as the city’s deadliest Memorial Day weekend since 2015.

The violence – which also left 38 injured – came despite Illinois’ ongoing stay-at-home order asking residents to remain indoors “unless you work for an essential business or are doing an essential activity.”

The Chicago Sun-Times' tally defined the Memorial Day weekend as beginning at 5 p.m. Friday and lasting until 5 a.m. Tuesday. In 2015, 12 people were killed over the holiday weekend, according to its reporting. 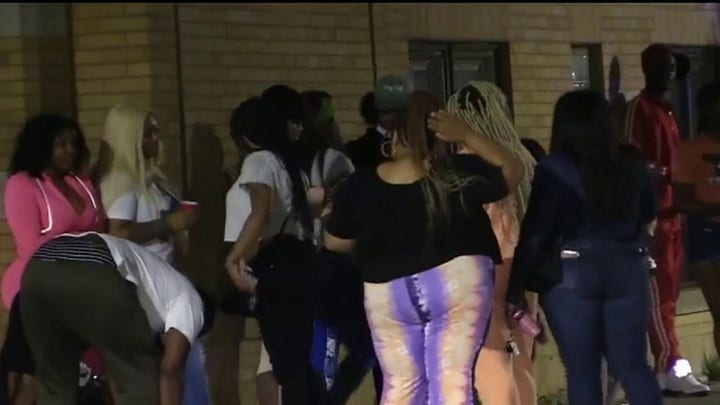 The youngest of those who died this past weekend was 16-year-old Darnell Fisher, who passed away at a hospital after being shot in the chest and arm in the city’s South Side on Saturday night.

A weapon was recovered following that shooting and a person reportedly was taken into custody – but that individual was released without charges.

In the most recent fatal incident on Monday night, a 45-year-old man standing on a sidewalk in Garfield Park was hit in the head and torso by a shooter who was inside a white sedan, police say.

And on Saturday, another shooter opened fire at a group of people standing outside of a home in the West Side, striking four people whose ages ranged from 23 to 43. Antonio Gasaway, a 35-year-old who was among that group, later died from a chest wound, the Chicago Sun-Times reports.

Two other 15-year-olds were injured by gunfire in separate incidents.

Last weekend, six people were killed and 32 others wounded by gun violence throughout Chicago.