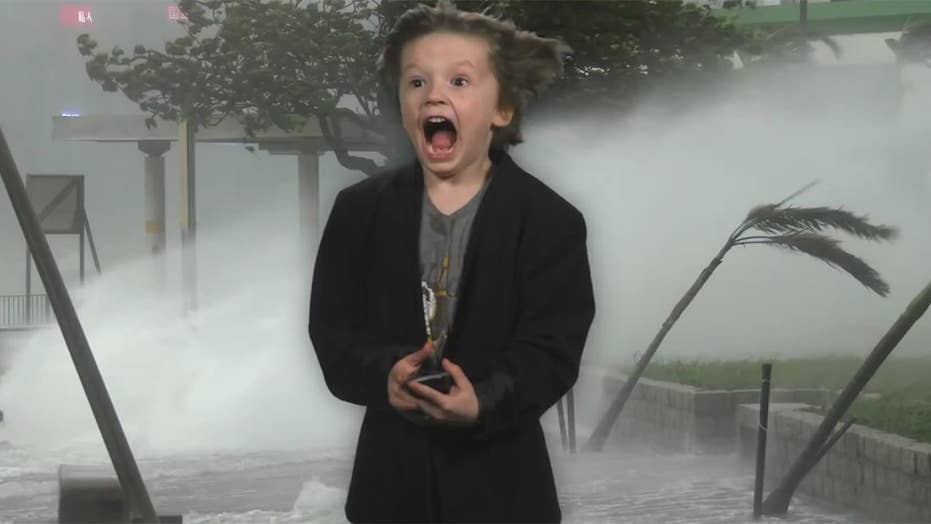 Carden Corts, 6, of Nashville, Tenn., took his weather project for school to a different level. His father, Charlie, the head of operations for Rated Red, a digital video network, helped his son make his project look legitimate, the Houston Chronicle reported.

The video showed the youngster giving a weather report to his class at Waverly Belmont Elementary School.

Corts starts off by introducing himself and saying the segment was sponsored by the letter “C” and Pokemon cards. He then uses a “weather simulator” to show different forms of weather.

The first form of weather, a hurricane, startles Corts before he changes to snow, a tornado and then the front of the school. He then reports the weather will be sunny and assures viewers that “warmer weather is on the way.”

He then reminds viewers that Spring Break is just around the corner. The charming weatherman then breaks out some dance moves before concluding his report.

The video was shared on Reddit where it shot to the front page Wednesday. Corts father, Charlie, told the Houston Chronicle the video took 10 minutes to film and could not believe how popular it became. As of Thursday, the video has more than 760,000 views on YouTube.

"It's been pretty wild. It was just a school project. We sent it into his classroom today," the father said. "We did not have too much of it scripted."