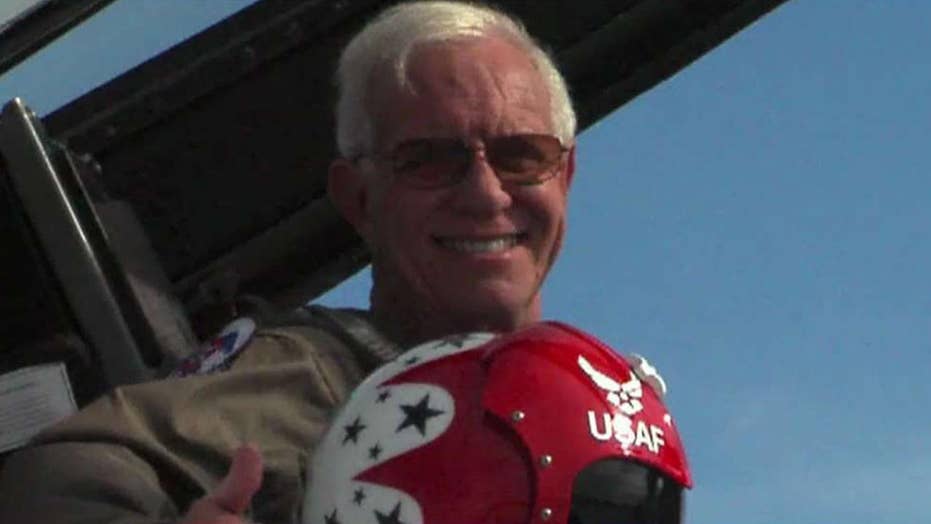 'Sully' takes flight with the Thunderbirds

Retired Captain Chesley “Sully” Sullenberger seized the opportunity to fly an F-16 while promoting the Thunderbirds in Sacramento Thursday.

Sullenberger's help was requested in order to promote the Thunderbird shows in Travis this weekend. That's when the chance to fly the single-engine fighter aircraft came up, according to Fox 40.

Sullenberger flew an F-4 Phantom when he served in the Air Force during the Vietnam War.

Sullenberger, 66, is best known for his heroic action in 2009, when he piloted US Airways Flight 1549 safely into the Hudson River after the plane hit a flock of birds causing both engines to fail. All 155 passengers and crew survived the ordeal.

The incident was portrayed in the 2016 movie "Sully," in which Tom Hanks played Sullenberger.

"A group of people rose to the occasion that day and made it their mission in life to save every life. I think it was an event that gave people hope when they very much needed it,” Sullenberger said.