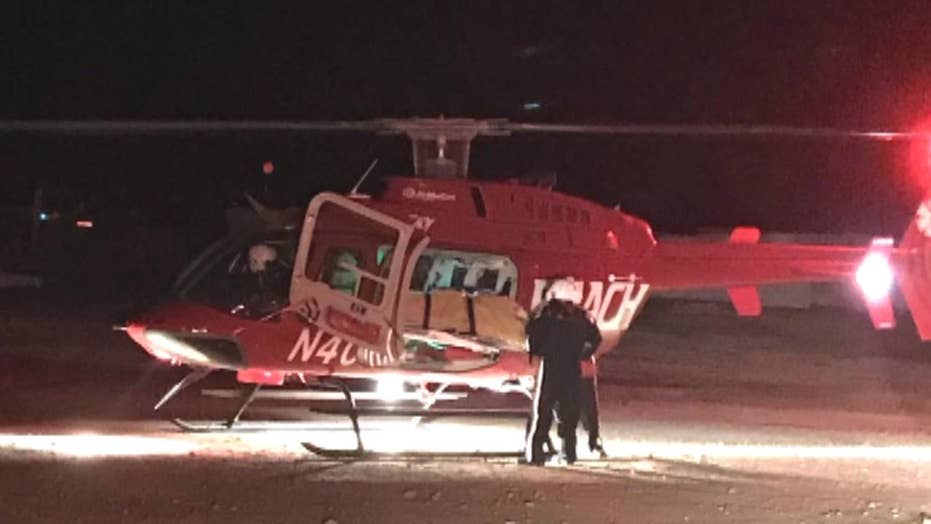 Authorities say a 19-year-old woman from Tracy, California was dumped on the side of the road, left for dead, after she was stabbed and likely had her arms bound by yellow rope found at the scene.

The 19-year-old woman who was stabbed multiple times and left for dead on a rural road in a town outside San Francisco has been credited for fighting "like a soldier" and identifying two suspects in her killing.

Reports of her condition when first discovered early Monday are chilling.

Four men who were carpooling to their jobs at UPS found a bloody woman lying in the middle of a rural road in Livermore at about 2 a.m. The men said there was so much blood they could not determine her hair color. A 911 caller reported that the woman was missing an arm.

The woman was dumped off the road and crawled about 100 yards to the roadside, Fox 40 reported. Authorities determined the distance by following a trail of blood.

“You could tell it was so bad to where you just had to give her comfort,” Richard Loadholt, one of the men who found her, told Fox 40. “Anything else was going to be painful.”

Loadholt said the men comforted her while another driver called 911.

The woman was airlifted to Eden Hospital where she died about two hours later, KRON4 reported. She managed to give police a “compelling” account of who killed her before dying and authorities arrested a man and woman—both 19—in Modesto, The San Francisco Chronicle report said.

“I’ve been around a long time, and I can only think of two to three times that  I’m aware of in our agency that we’ve been able to get a dying declaration like that,” Sgt. Ray Kelly of the Alameda County Sheriff’s Office told The Chronicle. “A dying declaration is a very compelling piece of evidence that’s recognized in the court to be very credible and reliable information.”

A motive for the killing is under investigation. Authorities did not identify the suspects and plan a press conference later Tuesday.

"This victim really tried to survive, and she fought and she fought,” Kelly said. "The last thing, we believe, that she was able to do was to point us in the direction of the people that killed her. And that's pretty remarkable."