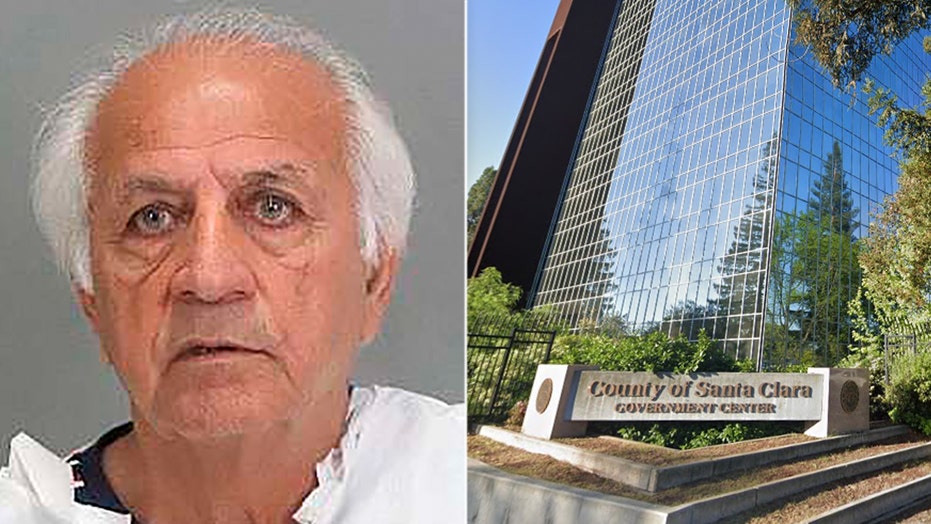 A prosecutor in California accused of using his 13-year-old daughter to bait another man back to the spot where she claimed he molested her has been placed on leave, and an internal review has been launched.

The San Jose Police Department announced on Thursday that Ali Mohammad Lajmiri, 76, of San Jose, was arrested and charged with lewd and lascivious acts with a child under 14 and false imprisonment in connection with the incidents on the Los Alamitos Trail in Almaden Valley.

The sexual assault investigation began Oct. 8, a day after the victim told her doctor that she had been sexually assaulted. In the ensuing police investigation, the 13-year-old gave accounts of three instances between August and October in which the same man approached her while she was walking her dog on the trail and touched her sexually.

According to police reports, the father of the 13-year-old girl is a Santa Clara County prosecutor, and he brought the girl back to the trail as authorities were investigating her claims. He recorded video of her interacting with the man that was later handed over to police, the Mercury News reported on Sunday, citing police reports and sources familiar with the case. The prosecutor dad allegedly wanted the accused man's alleged incriminating actions caught on video

The day after the prosecutor gave the recordings to police, Lajmiri was arrested.

In the police reports obtained by the Mercury News, the prosecutor told police he and the girl had arranged for her to walk back and forth on the trail, while the two of them stayed in touch with cellphones and earbuds.

Multiple sources confirmed the prosecutor’s identity to the Mercury News, which did not name him to protect the identity of the underage sexual assault victim.

The state Attorney General’s office has since taken over the prosecution of the molestation case because of the conflicts of interest involved. Such conflicts already existed because of the prosecutor’s relationship to the victim, which then became more pronounced when he attempted to obtain evidence against the suspect.

In a letter sent out to staff on Monday obtained by KGO-TV, Santa Clara County District Attorney Jeff Rosen told staffers that prosecutors "must never forget that our own behavior -- inside and outside of the courtroom -- matters."

"The choices we make in our professional and personal lives need to be in harmony with the protocols, laws, and ethics of our criminal justice system," Rosen said in the memo.

Law enforcement sources told the Mercury News on Monday that the state Attorney General’s office is examining filing child endangerment charges against the prosecutor, who has been placed on paid leave after an internal review of his actions was launched by the Santa Clara County District Attorney’s Office.

The Santa Clara County District Attorney’s Office has launched an internal review of a prosecutor after he allegedly used his 13-year-old daughter as bait to lure a suspected sex predator, Ali Mohammad Lajmiri, (seen left), into performing incrimination actions on her that he caught on video. (San Jose Police Department )

Public defender Molly O’Neal, whose office is representing the defendant, told the newspaper the prosecutor’s conduct was something she has never seen in 30 years working in her office, saying the "what-ifs in this situation are horrifying."

“I have never seen a prosecutor exercise such outlandish bad judgment,” O’Neal told the Mercury News. “If you work in the criminal justice system, you know full well that people may act in ways that are unexpected. So you shouldn’t ever involve you or your family in a vigilante fashion when you are not trained to respond to any scenario that might unfold.”

San Jose Police Chief Eddie Garcia declined to comment specifically on the case and the prosecutor’s involvement but generally advised against citizens taking the law into their own hands.

“As a father, I understand how emotional it can be when your child is the victim of a crime. But we have to remember that the safety of the child comes first,” Garcia said, “and channel that frustration in a positive way to assist the investigation and not hinder it.”

Lajmiri, who told authorities he suffers from Alzheimer's, is being held in the Santa Clara County jail on $3 million bail. He is scheduled to return to court Jan. 29.