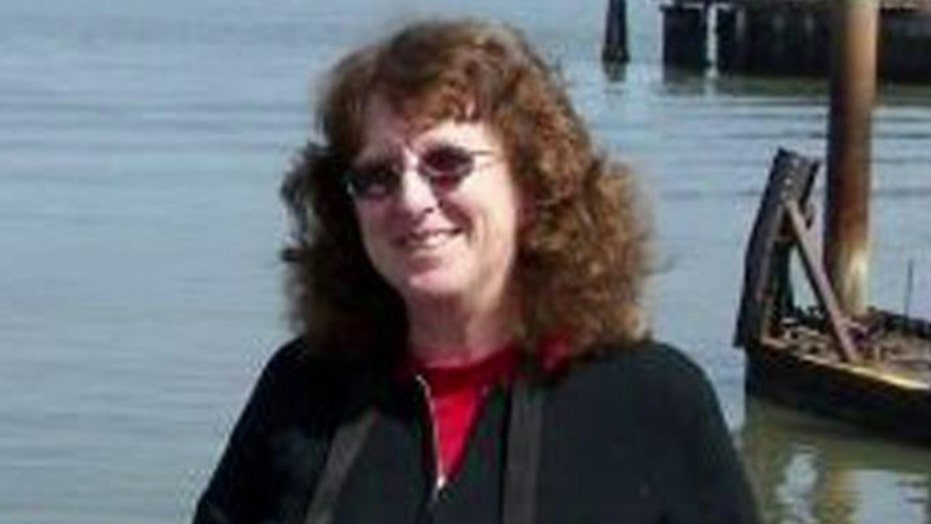 Illegal immigrant with prior arrests accused of rape, murder in California

A California lawman whose department is investigating the brutal rape and bludgeoning death of a 64-year-old Air Force veteran pointed the finger Friday at state and federal policies he said allowed the illegal immigrant suspect to roam the streets despite a lengthy arrest record.

“I think this is a national issue - it starts with administration and their policies,” Santa Maria Police Chief Ralph Martin said days after Marilyn Pharis died from injuries suffered in the July 24 attack. “You can draw a direct line to this governor and Legislature.

“I am not remiss to say that from Washington DC to Sacramento, there is a blood trail to Marilyn Pharis’ bedroom,” he added.

Pharis, of Santa Maria, was asleep in her bed after working the night shift at a satellite office for the Vandenberg Air Force Base when two men allegedly broke into her home at 9:45 a.m., bashed her head with a claw hammer, strangled and raped her with a foreign object and left her for dead, according to police. Pharis survived to call 911, but died days later in a local hospital.

“I am not remiss to say that from Washington DC to Sacramento, there is a blood trail to Marilyn Pharis’ bedroom.”

Two suspects have been arrested, including Victor Aureliano Martinez Ramirez, 29, an illegal immigrant from Durango Canatlan, Mexico. Ramirez has been arrested six times in last 15 months, for crimes including sexual assault, possession of methamphetamine and weapons and driving without a license. His most recent arrest occurred just eight days before the attack on Pharis.

U.S. Immigration and Customs Enforcement admitted in a statement it did not issue an immigration detainer, which would have led to deportation, for Ramirez following the most recent arrest. The agency said its decision was  “based on the agency’s enforcement priorities after a thorough review of his case history showed he had no prior deportations or felony criminal convictions.”

But ICE did lodge an immigration detainer on Ramirez after he was picked up by the Santa Barbara County Sheriff’s Department in May 2014, according to an ICE spokesperson, who also said ICE asked to be notified prior to Ramirez’s release so the agency could take custody to pursue possible administrative immigration enforcement action. ICE officials claim that Martin’s department released Ramirez a week later in 2014 without notification, ICE said.

Ramirez and fellow suspect in Pharis’ killing Jose Fernando Villagomez, 20, were apprehended by local law enforcement with the help of a police service dog, but not before Ramirez broke into another nearby home, confronting a mother and her three young children, police said. The mother managed to lock herself in a bedroom and call 9-1-1, and both men were apprehended shortly afterward, according to police.

Santa Barbara County District Attorney Joyce Dudley said both men are being charged with first-degree murder, rape and burglary, while Ramirez is also being charged with murder by torture. Dudley will decide, in consultation with law enforcement and Pharis’ family, whether her office will seek the death penalty or life without the possibility parole.

The attack on Pharis came just over three weeks after the murder of Kathryn Steinle, allegedly by an illegal immigrant in San Francisco, called into question local, state and federal policies that allow illegals to remain free in the U.S. despite laws that mandate deportation.

Ramirez was on probation for a May 22, 2014 arrest for felony assault with the intent to commit sexual assault while in possession of a controlled substance. He was convicted of a lesser charge, and then re-arrested for concealing a dagger and being in possession of drug paraphernalia in violation of his probation.

Martin said his office had received paperwork from a Santa Barbara Superior Court judge indicating the original charge was dismissed “in the interest of justice” after Ramirez pleaded no contest to a misdemeanor.

“And you know what we had to do?” a disgusted Martin said Friday. “We had to sign him out. That is the problem, not just in Santa Maria - it is all over the U.S.

“ICE can point fingers, but the thing is it starts at the top,” he said. “When federal and state fail, it falls to local law enforcement and we are seeing the brunt of this.”

Pharis, employed with the U.S. Air Force as a civilian since 1974, and before that, as an active member of the military service, “fought back with all her strength even while receiving repeated blows and being left for dead,” Martin said.

Her family, reached at their home in New York, declined to discuss the case, or talk about Pharis, only issuing a brief statement through their lawyer, Vince Martinez.

"The family of Marilyn Pharis wishes to thank everyone for all their kindness, help and friendship during this most difficult of times. Marilyn is a much-loved member of our family and she will be greatly missed,” read the statement.

More than two dozen friends of Pharis formed a private Facebook page in her memory.

“It's going to be so hard to be without her,” wrote one. “She was a saint. She would go out of her way to help everyone. I miss her dearly already.”

“Immigration laws have been nullified and law enforcement has been neutered,” said Bob Dane, of the Washington-based Federation for American Immigration Reform. “The one exception – and glimmer of hope for the citizens of California – has been rising opposition by sheriffs who will hopefully spark needed statewide reforms before more citizens die.”