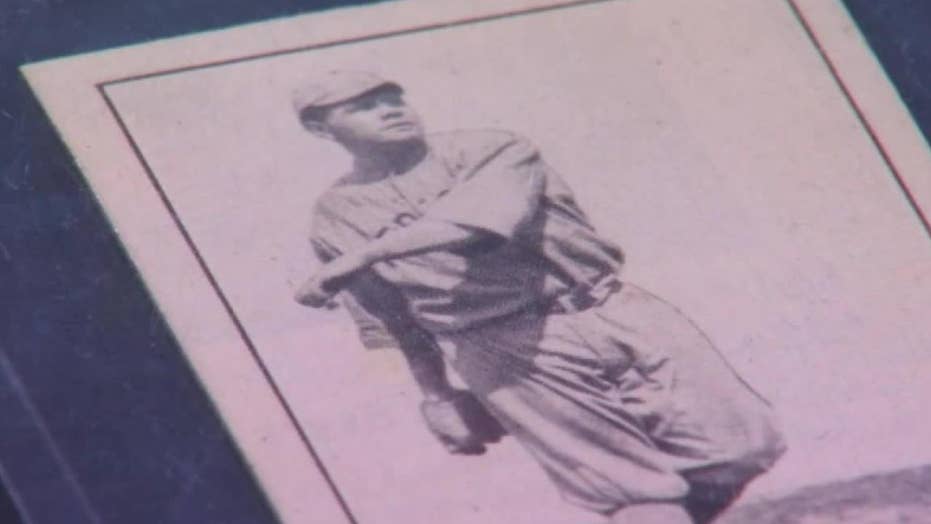 California man who bought Babe Ruth baseball card for $2 could be auctioned for up to $4.5M, report says

A California man was shocked to learn a 1921 Babe Ruth baseball card he purchased for $2 was authentic and worth millions, a report stated.

Dale Ball of Visalia, Calif., became emotional when he spoke the moment he realized the W575.1b card featuring the famous New York Yankees slugger and produced by the Shotwell Manufacturing Company was authentic.

"You don't know how much it took my heart, three weeks ago when we got that report - to know that I had the real thing," Ball told KFSN. "To watch my mom look at me and say, 'I finally believe you' and for my dad to know that I had something that was going to fix us all and take care of us."

Ball took his baseball artifact to a lab that conducted a fiber ID procedure, which compared it to a card that was made in the same era.

Babe Ruth began his career as a pitcher before switching to the outfield. (Getty Images)

"They were able to suggest that it was within the time frame that the date for this card would be. So between the inks and the fiber analysis, both are at least consistent with that time period," Pryor said of the test results.

Ball said he spoke with an auction place and was told the card could fetch up to $4.5 million.

"I was told by an auction place back east that the beginning bid would start at $1.5 [million] through them and that it would probably go for $4.5 [million] and up."

However, Ball offered his thoughts of where he believed the card belonged – in the house that Ruth built.

The collector said he does not have to part ways with the Sultan of Swat card since he also owns other cards that could fetch a lot money, including a Cy Young baseball card and one of Ty Cobb. 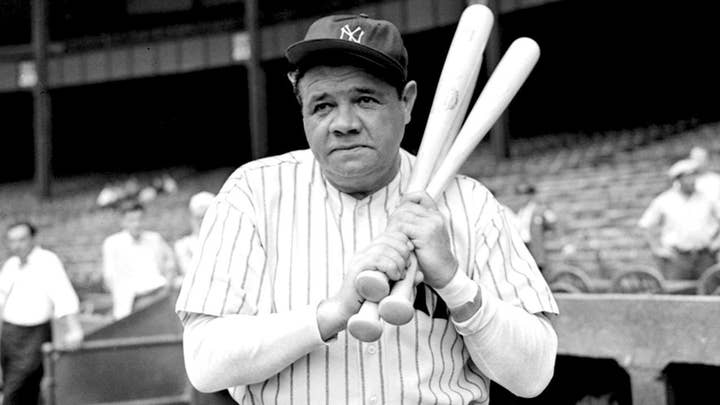 The Great Bambino, considered one of the greatest baseball players ever, started his career as a pitcher with the Boston Red Sox before being switched to the outfield. The bulk of his storied career was with the Yankees, from 1920 to 1934. Ruth retired with a batting average of .342, 2,214 RBIs and an OPS of 1.164 -- the best in baseball history. The baseball legend was known off the field as a party animal who enjoyed drinking and eating lavishly. Interest in Ruth memorabilia has endured since his passing from cancer in 1948.