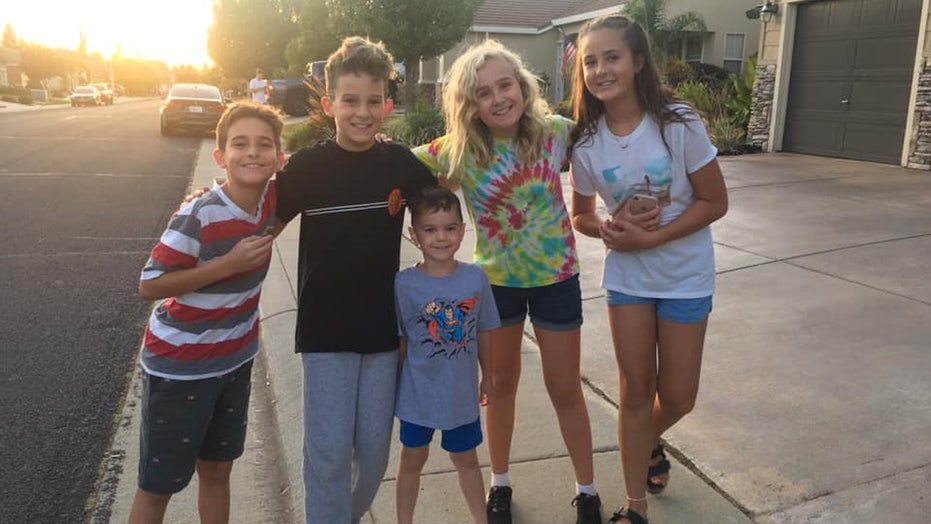 A group of young neighborhood sleuths in California is being hailed for their efforts last week to help find a missing woman.

The Roseville Police Department had posted to Facebook last Monday asking the public for help to locate a missing woman.

Glenneta Belford, 97, was reported missing around 4:15 p.m. in northwest Roseville, spurring police activity in the area. Officials said the 97-year-old suffers from dementia and is nonverbal.

"Recently she's been known to hide or hunker down in a location," police said at the time.

As a police helicopter hovered over the neighborhood making announcements that officers were searching for the woman, a group of young sleuths began their own search of the streets for the 97-year-old. Logan Hultman, Kashton Claiborne and Makenna Rogers, who are all 10, and 11-year-old Hope Claiborne set out and eventually found Belford, several hours after she was reported missing, hiding in bushes a few blocks away from their homes.

Hope, the oldest of the group, knew then what she had to do.

Roseville police said when officers arrived on the street in the neighborhood they were "overwhelmed by the number of residents out of their houses, looking around the neighborhood."

"Our surprised dispatchers took the initial call from this team of junior detectives which helped connect officers to the missing person," police said on Facebook. "This is a great example of our exceptional community coming together to lend a helping hand. This proves a great point, age is just a number and anyone can help out in a time of need."

The search didn't go off without some challenges. Before they found the 97-year-old, Logan told FOX40 he went over a bump on his bike that caused him to fall off. The group had to go back home to get cleaned up.

“So we came all the way back and my brother patched me up," he said.

Logan’s mother, Alyssa Hultman, said her son gave her a blunt reason why the group found the need to go out searching for the woman on their own.

“He looked at me like I was almost crazy and said, ‘Because somebody needed help, mom. And when people need help you go and help them. That’s what we do,’” Hultman told FOX40. “So that right there, that makes you proud.”