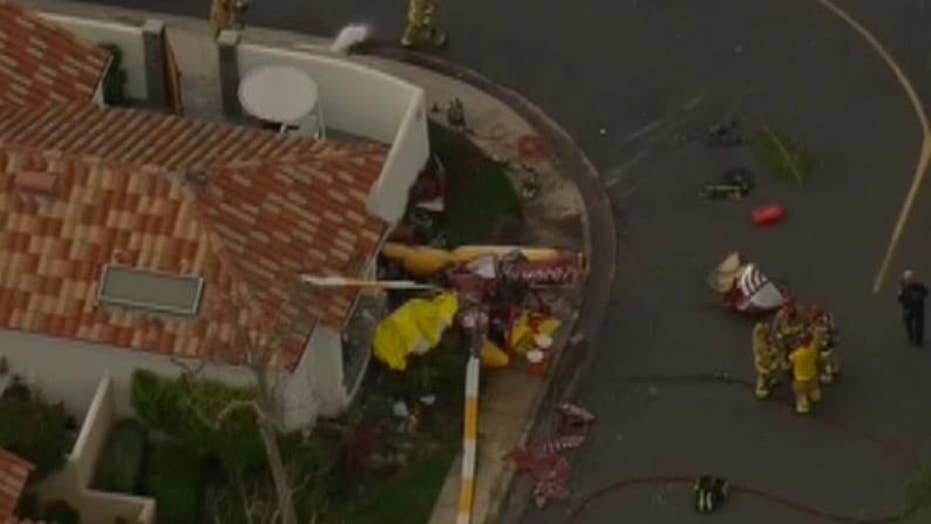 At least three people were killed and at least two were injured when a helicopter crashed into a home in a Southern California beachside community Tuesday, investigators said.

At least three people were killed and at least two were injured after a helicopter crashed into a home in a Southern California beachside community Tuesday, investigators said.

The Newport Beach Police Department said four passengers were onboard, and one person was on the ground, when the aircraft crashed into the house around 1:45 p.m. It wasn't immediately clear whether the three killed were those on board the small chopper, Newport Beach Fire Capt. Chip Duncan said.

It wasn't immediately clear what triggered the crash.

Officials said the incident occurred in the area of Bristol Street and Bayview Place. First responders arrived to the scene and victims were transported to the hospital for treatment, Fox 11 reported.

Officials asked the public to avoid the nearby area.

The Robinson R44, a four-seat helicopter, had taken off from John Wayne Airport, according the the Federal Aviation Administration. The airport is about a mile from the crash site.

There was no fire and it's unclear whether anybody was in the home.

Newport Beach is about 40 miles southeast of Los Angeles.