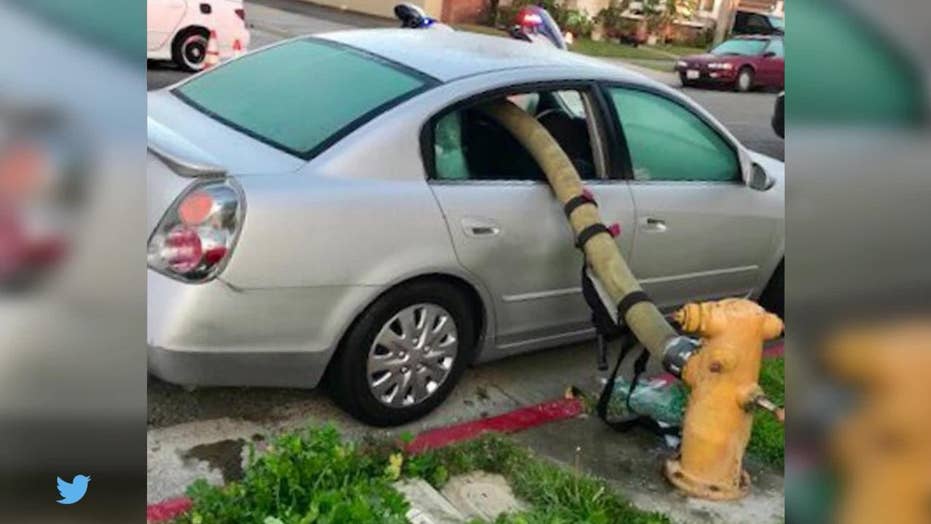 Why you should not park in front of a fire hydrant

Police and fire officials in Anaheim, California reminded drivers that cars parked in front of hydrants are prone to getting their windows smashed during an emergency.

Fire officials in California reminded drivers on Tuesday that vehicles parked in front of a fire hydrant during an emergency are likely to feel a permanent breeze.

The Anaheim Fire & Rescue Department had responded to a residential fire when they found a vehicle parked too close to a hydrant. The department later tweeted photos of a hose running through the smashed-out back passenger windows of the car, which was parked along a curb painted a stark red.

“Ever wonder what happens when a car is parked in front of a fire hydrant and a fire breaks out?” the tweet reads. “Is a closer parking spot worth the broken windows and the citation and towing fees to @AnaheimPD?”

The Anaheim police department, who also responded to the fire, tweeted that they had to run the hose line through the vehicle’s rear windows in order to battle the blaze.

As to why firefighters couldn’t run the hose under or over the car, the department tweeted, “It doesn’t fit underneath and the damage caused by throwing it on top is likely more than the cost of two windows.”