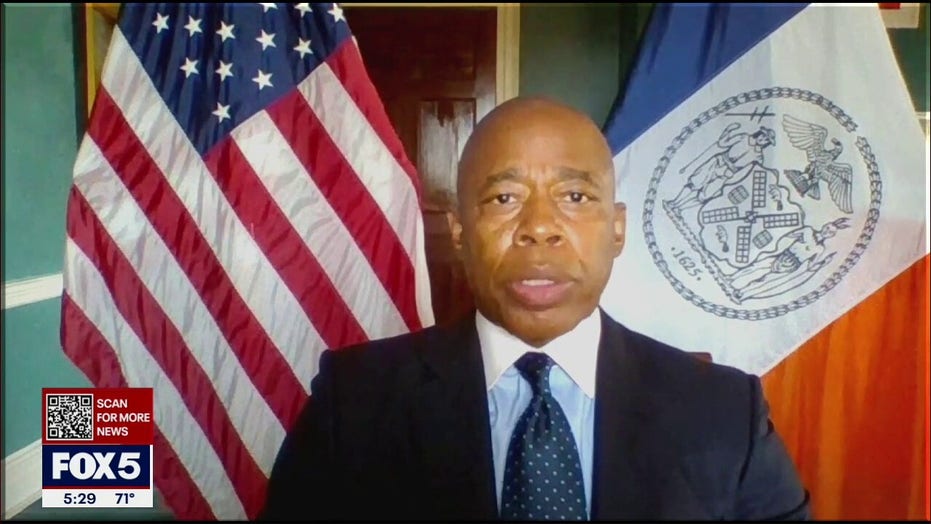 NYC Mayor Eric Adams says investigators are pursuing ‘several leads’ and feel confident that they will make an arrest.

New York City authorities have identified Frank R. James as a person of interest in connection with a shooting at a Brooklyn subway station Tuesday morning.

"We are looking to determine if he has any connection to the attack," NYPD Chief of Detectives James Essig said.

A $50,000 reward is being offered for information regarding the shooting.

Mayor Eric Adams' Press Secretary Fabien Levy said James had allegedly made comments about the mayor, but did not elaborate. He said the NYPD was increasing security for the mayor "out of an abundance of caution."

Authorities were also looking into social media posts by someone with the same name that mentioned homelessness, New York, and the mayor.

An armed suspect donning a gas mask and a construction vest set off a smoke canister and fired a handgun 33 times inside a Brooklyn subway train and station around 8:24 am Tuesday morning as a Manhattan-bound N train approached the 36th St. station in Sunset Park, Brooklyn.

The suspect’s shots struck multiple people on the subway car and on the platform, authorities said. The suspect was described as an approximately 5-foot-5 Black male with a heavy build and remained at large as of Tuesday evening.

At least 10 people were shot, including 7 males and 3 females, authorities said. Thirteen people suffered injuries from smoke inhalation, falling down, or a panic attack. Five people were in critical condition but were expected to survive.

At least 29 in all were treated at hospitals for gunshot wounds, smoke inhalation, and other conditions. None of the injuries appeared to be life-threatening.

"We do not know a motive at this time, but we are not ruling anything out," Police Commissioner Keechant Sewell said.

Police scoured the city for the shooter and found a U-Haul in the Gravesend neighborhood with an Arizona license plate possibly connected to the shooting. The van was found just over five miles from the 36th St. station.

A U-Haul found in connection with a shooting in Brooklyn April 12, 2022.  (Reuvain Borchardt/Hamodia.com)

Police were closing off a street about four miles from the shooting scene and clearing nearby businesses while awaiting a bomb squad and the highly specialized emergency services unit.

NYPD officers investigating the scene near the shooting.  (Reuvain Borchardt/Hamodia.com)

Investigators found a credit card at the scene of the shooting that led them to identify a person of interest, one of the law enforcement officials said, adding that the credit card was used to rent the U-Haul van that police located.

Investigators recovered a handgun at the scene, along with multiple smoke devices, a hatchet, and other items they are analyzing, said the officials. They said the suspect is believed to have had at least two extended magazines.

Investigators believe the weapon jammed, preventing the suspect from continuing to fire, the officials said. The federal Bureau of Alcohol, Tobacco, Firearms and Explosives has completed an urgent trace to identify the gun's manufacturer, seller, and initial owner.

Authorities are asking anyone with information on the shooting to call NYPD’s Crime Stoppers Hotline at 1-800-577-TIPS or submit a tip to the CrimeStoppers website.