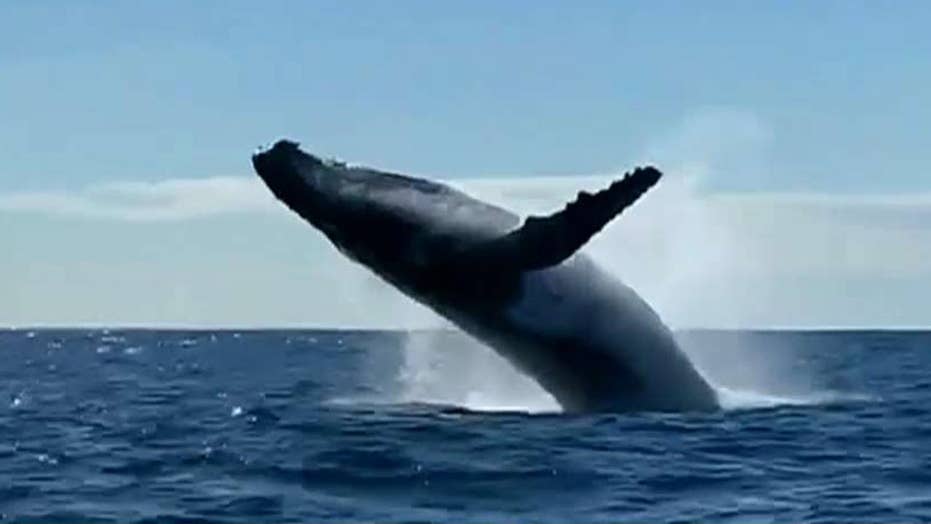 Incredible sight off the coast of Australia as double whale breach really impresses tourists aboard a tour boat.

Two occupants of a small boat off the coast of New Jersey were knocked overboard on Monday after getting hit by what they believe was a humpback whale that breached the surface while apparently searching for food.

Bob Schoelkopf, the director of the Marine Mammal Stranding Center, told NJ.com that the whale was doing what whales usually do. He said it was likely searching for food and was not paying attention.

Philly Voice identified the vessel as a fishing boat. Friends of Seaside Park posted a photo of boat on its Facebook page and said the two occupants were OK after they were “thrown from the boat.” The whale “kept swimming and breaching. From our view the whale is totally fine.”