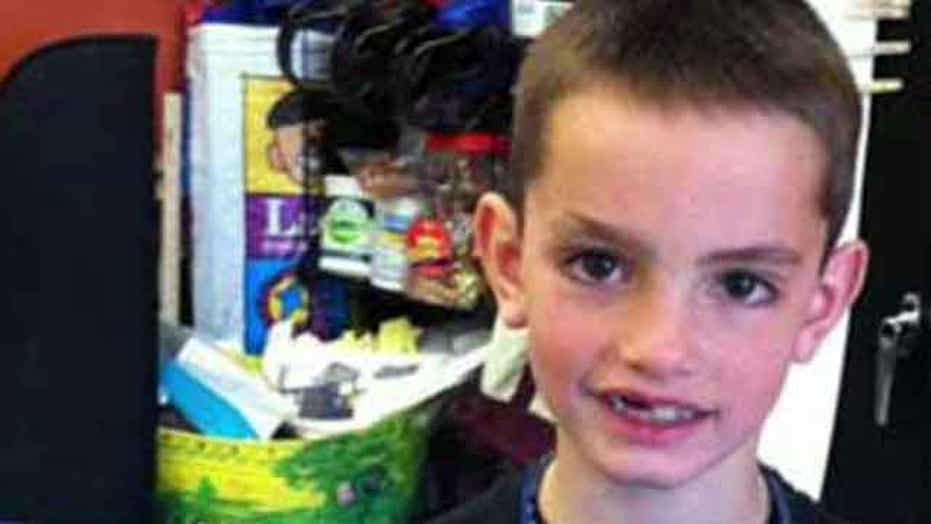 An 8-year-old boy who was enjoying ice cream with his family was killed Monday in one of the explosions at the end of the Boston Marathon as he cheered runners completing the 26.2-mile race.

Martin Richard, the boy, was with his father, mother and 6-year-old sister near the grandstand when one of the explosions occurred. The mother and sister were both critically injured in the blast. Martin's mother underwent brain surgery Monday night and his sister, 6, lost a leg in the blast, WHDH.com reported. The status of his father, William, has not been released publicly.

William, however, released a statement on Tuesday, confirming that his son dies in the blast and his wife and daughter suffered injuries.

"We thank our family and friends, those we know and those we have never met, for their thoughts and prayers.  I ask that you continue to pray for my family as we remember Martin.  We also ask for your patience and for privacy as we work to simultaneously grieve and recover.  Thank you," the statement said.

The family had gone to get ice cream, then returned to the area near the finish line. Neighbor Jack Cunningham said Martin's father was a runner but had been injured and didn't run the marathon.

"They were looking in the crowd as the runners were coming to see if they could identify some of their friends when the bomb hit," Lynch said. He described the family as very strong and said they were doing better than might be expected.

The children's father is the director of a local community group. The mother works at the Neighborhood House Charter School, where her children attend classes, MyFoxBoston.com reported.

On Tuesday morning, candle burned on the stoop of the family's single-family home in the city's Dorchester section, and "peace" was written in chalk on the front walkway. A child's bicycle helmet lay overturned on the front lawn.

"What a gift. To know him was to love him," said longtime friend Judy Tuttle, who remembered sitting at the dining room table having tea with Denise Richard while Martin did his homework. "He had that million-dollar smile and you never knew what was going to come out of him. Denise is the most spectacular mother that you've ever met and Bill is a pillar of the community. It doesn't get any better than these people."

Neighbor Jane Sherman said Martin was a typical 8-year-old who loved to ride his bike and play baseball, according to The Boston Channel.

"There are no words to describe how they are feeling ... we are feeling," Sherman said, adding that the Richards are a close-knit family.

Neighbor Betty Delorey, 80, said Martin loved to climb the neighborhood trees and hop the fence outside his home.

"I can just remember his mother calling him, `Martin!' if he was doing something wrong," she said. "Just a vivacious little kid."

Delorey had a photo showing Martin dressed as the character Woody from the Toy Story films, wearing a cowboy hat, a sheriff's badge, jeans and a big smile. His sister, Jane, was at his right dressed as Woody's friend, Jesse. Their older brother, Henry, was to their left, dressed as Harry Potter.

"I'm sick to my stomach," she said. "It's hard to say anything really."

The children's father, William, is the director of a local community group, and an avid runner and bicyclist.

Denise Richard works as a librarian at the Neighborhood House Charter School, where Martin was a third-grader and Jane attends first grade.

Counselors were being made available Tuesday to staff and students, said Bodi Luse, a school spokeswoman.

"We are devastated," she said. "The whole community is devastated."

Cunningham remembered running in a community 5K race with the Richard family on a rainy day years ago.  He said Martin would jump out of a stroller that his mother was pushing to hop in the mud puddles along the route.