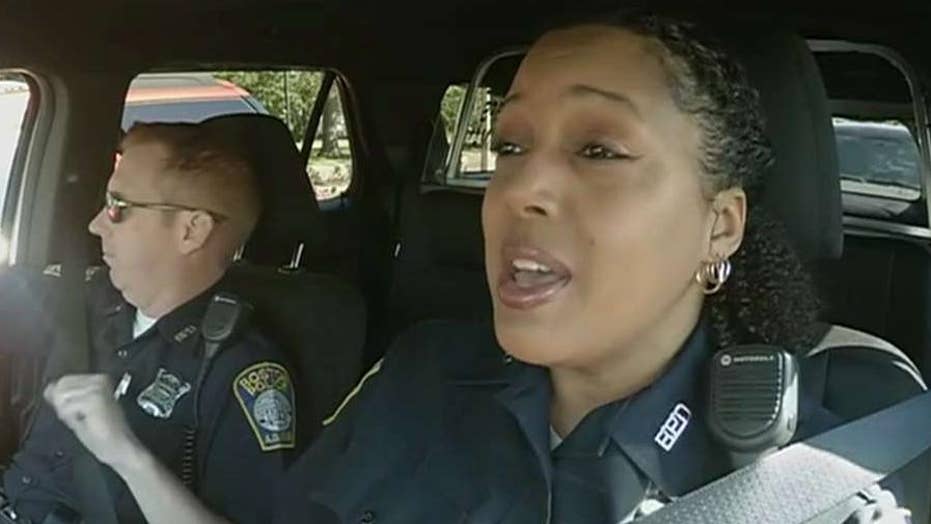 Boston police officers on Sunday took a page out of late-night host James Corden’s playbook and performed their own type of "Carpool Karaoke" ahead of the Fourth of July.

Officers Kim Tavares and Stephen McNulty kicked off the holiday week with a rendition of “God Bless America” in a video the Boston Police Department called “Cop Pool Karaoke.”

McNulty and Tavares are heard bantering back-and-forth about the festivities, and at one point McNulty says “God Bless America” by Irving Berlin is one of his favorite songs, according to Boston.com.

“We should do a duet sometime,” McNulty tells Tavares.

“Everybody always says that, ‘When are you and Stevie going to sing together?’” Tavares replied. “Let’s try it.”

“Happy to see two of our officers, Kim Tavares and Stephen McNulty, getting in the mood for all the upcoming 4th of July festivities planned for the Boston area and surrounding communities. Please feel free to sing along with them as they make their way through our city,” said a Boston police statement on its website.

The video, which was shared on the department’s Facebook page, received more than 2,000 shares and 96,000 views.