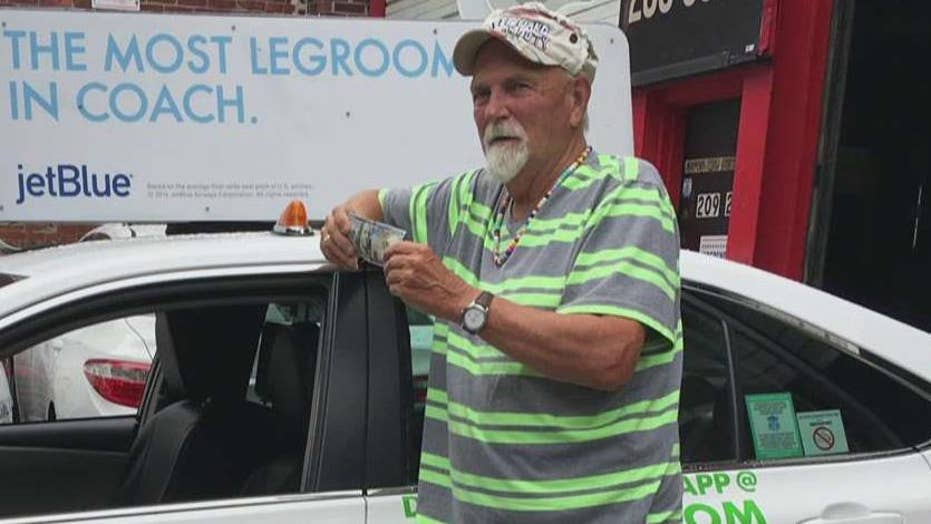 Returns cash inheritance that was left in his cab

A Boston taxi driver was praised by police Tuesday after he returned a $187,000 cash inheritance that was left in his cab over the weekend.

Raymond "Buzzy" MacCausland picked up an unidentified male passenger on Saturday at the corner of Tremont Street and Massachusetts Avenue in downtown Boston. After he dropped the man off, MacCausland discovered a backpack in the backseat of the cab.

While searching the bag for identification, MacCausland discovered the cash, bound in stacks of $100, $50, and $20 bills.

"It seems this guy has come into his inheritance and left it in the cab," Boston Police spokesman Rachel McGuire told the Boston Herald.

MacCausland brought the bag and the cash to police heaquarters, in keeping with city law. Police said the passenger called about the missing bag while officers were inspecting it. The man was reunited with the bag after showing proof of ownership.

"This hackney driver exhibited exemplary behavior and his honest deed should be recognized," Boston Police Commissioner William Evans said in a statement. "His actions represent the high standards that our department has for our drivers."