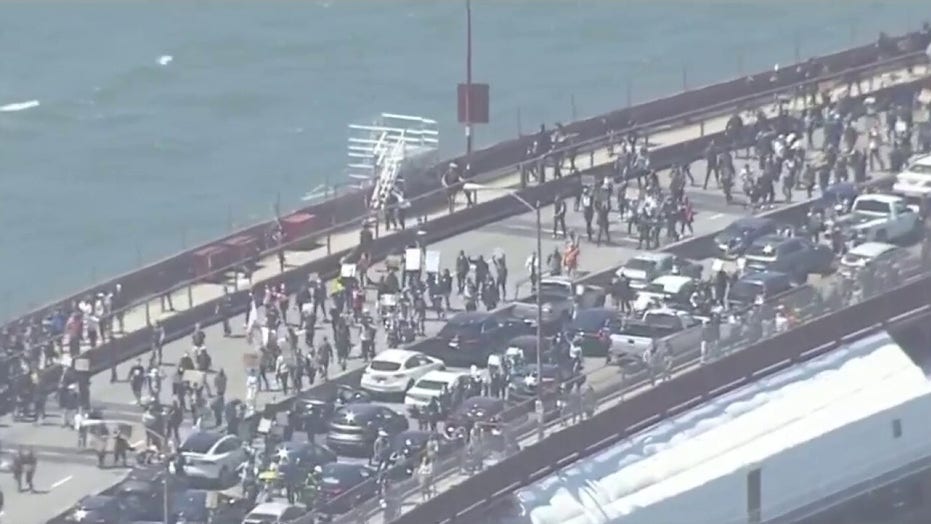 A California rock known for being a canvas for local artists, became the site of a neighborhood battle after "Black Lives Matter" artwork was painted over multiple times this past week, according to a report on Monday.

Resident Kseniya Makarova said she painted a 'Black Lives Matter' message on Bernal Hill Rock in San Francisco to give attention to recent protests over the death of George Floyd in police custody, but it was gone the next morning. She said some artwork has been known to stay up for a month.

"I was very shocked when the following morning, I went by and the whole front of the rock had been covered with copper paint," said Makarova, according to the San Francisco Chronicle. "Even though the rock is temporal and the message changes, there's an unspoken courtesy rule to never change it quicker than a week. It was a purposeful act of silencing."

The repainting resulted in a neighborhood battle after the message was covered up five days in a row. Residents even started to set up shifts to monitor the rock, which has its own Instagram page.

"Not cool!... The BLM piece was vandalized, artist will repaint tonight," the page said last Thursday.

Rocky Smith, a resident of Bernal Heights, was on a stakeout at the rock early one morning when he caught a woman in the act of removing the artwork and confronted her.

Smith said supporters of the BLM pieces won't keep watching the rock overnight. They believe her act of removing the artwork is more important than the message they want to bring.

"The hope is rather than it being about her, it should be about amplifying the message," Smith added. "And the ironic thing is the person who keeps painting over it, they don't want to be reminded of [Black Lives Matter] but literally every time they do that, it's getting more and more attention. It's giving a lot of people including myself satisfaction that what she's doing is kind of backfiring."

Residents have now started painting other rocks on the hill with messages of racial equality, according to the San Francisco Chronicle. Some are even bringing their children to the rock and using it as a unique way to promote discussion at a young age.

“I’m just totally impressed by how people are mobilizing,” Makarova said. “I thought I was painting a rock, and Bernal has turned it into something really big, and mostly beautiful.”