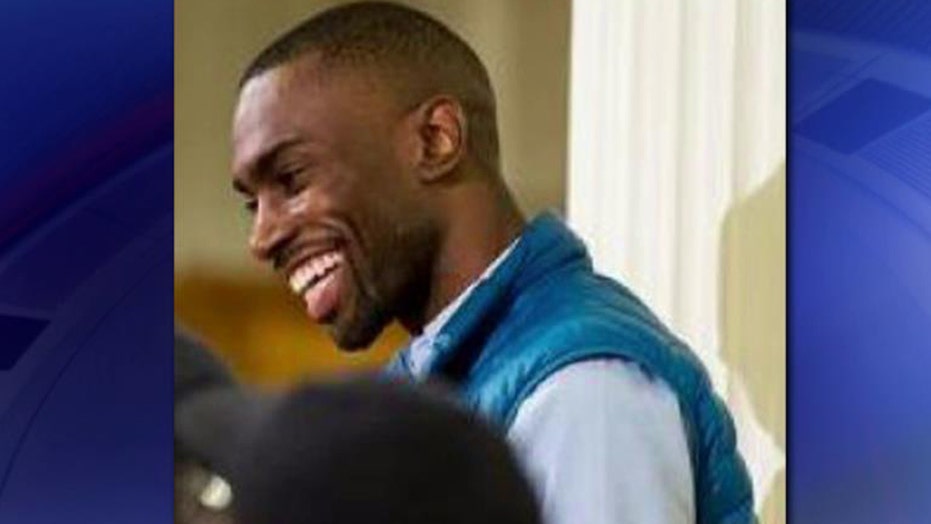 The “Black Lives Matter” leader who landed a teaching gig at Yale University delivered a lecture this week on the historical merits of looting as a form of protest, backing up his lesson with required reading that puts modern-day marauders on par with the patriots behind the Boston Tea Party.

DeRay McKesson, who was hired by the Ivy League institution’s divinity school to lecture for two days on "Transformational Leadership in the #BlackLivesMatter Movement," had students read an essay written at the height of the rioting and looting that plagued the St. Louis suburb of Ferguson just over a year ago after a white police officer shot and killed a black man.

“The mystifying ideological claim that looting is violent and non-political is one that has been carefully produced by the ruling class because it is precisely the violent maintenance of property which is both the basis and end of their power,” reads the August, 2014 post from the literary magazine “The New Inquiry” entitled “In Defense of Looting.” “On a less abstract level there is a practical and tactical benefit to looting. Whenever people worry about looting, there is an implicit sense that the looter must necessarily be acting selfishly, ‘opportunistically,’ and in excess.”

McKesson appears to have veered off of his syllabus for the lesson, which prompted some critics to offer a reminder that looting does indeed have innocent victims.

“There is zero justification for stealing private property and destroying a family’s livelihood – which is what occurred countless times in Ferguson, Baltimore, and elsewhere – but that’s apparently what passes as an example of ‘transformational leadership’ at the Yale Divinity School,” said Kyle Olson, founder of EAGnews.org, a blog that focuses on education reform.

"The article in question was not on the syllabus," a Yale Divinity School official confirmed. "But the instructor did send out some supplemental readings later in the process, including that particular article. We believe it's important for students to examine a wide range of viewpoints and ideas."

“There is zero justification for stealing private property and destroying a family’s livelihood.."

McKesson was asked to teach a one-credit course this fall as a guest lecturer. In accepting the offer, McKesson joined Sen. Chris Coons, D-Del., and the Rev. Nancy Taylor, whose Old South Church in Boston is located near the site of the 2013 marathon bombing, to teach a special three-section course as part of a new leadership program. The special course was administered through the YDS’ Transformational Leadership for Church and Society program. Each of the one-credit courses is being taught by a different guest lecturer and the program is funded through a $120,000 grant from the Arthur Vining Davis Foundations.

McKesson last worked in the Minneapolis public school system as a human resources administrator. According to his LinkedIn profile, his only teaching experience was between May 2007 and June 2009, when he was a middle school math teacher.

McKesson defended the lesson when asked about it by FoxNews.com.

“The relationship and tension between protest and property destruction is something that America has grappled with since the Revolutionary War & the Boston Tea Party,” he said via Twitter to FoxNews.com. “The reading ... allowed us to explore all sides of the American historical relationships and tensions present in protest.”

The Yale Divinity School official told FoxNews.com he could not comment on the seminar but did provide a copy of the syllabus for McKesson’s section of the two-day intensive course.

Readings for the course included Ta-Nehisi Coates’s book “Between the World and Me,” a Huffington Post article titled “How The Black Lives Matter Movement Changed the Church,” the book “Silent Covenants: Brown v. Board of Education and the Unfilled Hopes for Racial Reform,” by author Derrick Bell,” Leah Gunning Francis’ book “Ferguson & Faith: Sparking Leadership and Awakening Community,” and a New York Times article titled “Our Demand Is Simple: Stop Killing Us.”

Activist DeRay McKesson recently taught as a guest lecturer at Yale Divinity School in which one the readings was an article titled, "In Defense of Looting." (Yale.edu)

The school does not endorse all the positions of the many speakers who come here each year,” the school official said of the course material.

He also pointed out that school officials in attendance relayed to him that there was no one in the room who spoke out in favor of looting when the article was being discussed.

McKesson’s credentials and the new coursework make it unlikely students at the vaunted New Haven, Conn., school are getting their money’s worth, said Olson.

“It’s surprising to me students would pay tuition – and likely incur much of that in debt – and be fed a line that crime pays, other people are to blame for one’s own problems, and that the system is rigged in favor of white people,” Olson said.

“None of this propaganda will fix one broken family, heal one fatherless family or help one more child learn how to read and become a productive citizen,” he added.