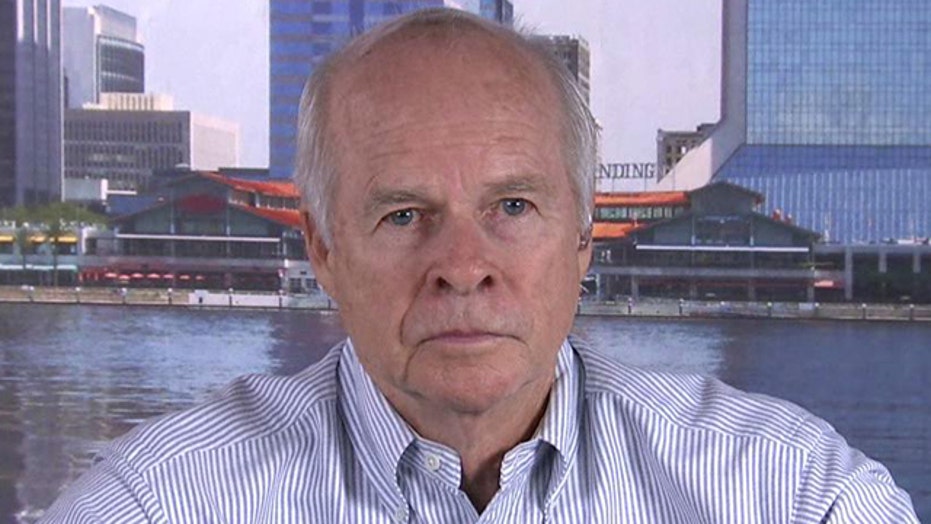 In an act of patriotism this Fourth of July, a pair of business executives has paid the fines for a Florida veteran who faced foreclosure for displaying a small American flag in a flower pot on his front stoop.

The two senior executives for Los Angeles-based Lear Capital had read the story of 73-year-old Larry Murphree, of Jacksonville, whose homeowners association at Tides Condominium at Sweetwater began hitting him with fines of $100 a day last year for violating his homeowners association’s flag display rules, and have offered to pay the bill which has climbed into the thousands.

“When we read his story  it offended our sensibilities,” Scott Carter, CEO of Lear Capital said to FoxNews.com. “The thought of him losing his home, we felt it was wrong. We wanted to help.”

Along with Lear Capital founder Kevin DeMerritt, the executives paid the $8,000 plus another $2,500 for tax adjustments.

“They [homeowner’s association were using the strongarm of money to get him to get rid of the flag,” Carter said. “They were skimming the money from his [paid] dues to pay the fines which created a lien on his house.”

“What was a small contribution from a company was a significant gesture in his eyes,” Carter added.

Instead of paying the fines for violating the association’s rules, Murphree let them pile up -- and kept his flag on display owing thousands.

“The flag is worth fighting for,” Murphree, who served six years as an Air Force air traffic controller during the Vietnam War, said to FoxNews.com in June.

“If they want to foreclose, bring it on. I’m getting calls from all over the county to stand up. That’s what I'm going to do.”

The flag battle between Muphree and the association started back in 2011 and landed in court a year later where the two sides reached a settlement. Murphree had agreed to display his flag in compliance with association rules. But two weeks later, the board changed the rules, saying flags could only be displayed and that flower pots were only for flowers.

Murphree ignored the new rules and, in 2013, he started getting fined. He took the board to court again, this time to federal court where he claimed he had a right to fly his flag under the 2005 Freedom to Display the American Flag Act. A judge dismissed the case last March on technical grounds.

The board claimed Murphree owed $8,000 and had attached a foreclosure lien for nonpayment.

An attorney for the condo board, Michelle Haines told FoxNews.com last month under Florida law the homeowner's association can fine a condo owner $100 a day, but the maximum amount is $1,000. She said the board is foreclosing on Murphree for being delinquent on his monthly assessment.