A bishop tapped by Pope Francis to investigate the Roman Catholic Church's response to sex abuse allegations in Buffalo, N.Y., has himself been accused of sexually abusing a child decades ago.

Boston attorney Mitchell Garabedian notified the church officials in New Jersey this week of the allegations against Brooklyn Bishop Nicholas DiMarzio. The bishop was selected by Francis last month to investigate the church's Buffalo Diocese, where Bishop Joseph Malone has come under fire for his handling of a clergy abuse scandal.

Garabedian said he is preparing a lawsuit on behalf of his client, Mark Matzek, 56, who said DiMarzio molested him in the mid-1970s as a priest in Jersey City, N.J. The lawsuit will ask for $20 million in compensation.

SEX ABUSE CRISIS THE FOCUS AS US CATHOLIC BISHOPS CONVENE

Maria Margiotta, the spokeswoman for the Newark Archdiocese, told Fox News that it received Garabedian's letter and had sent a report of the allegations to law enforcement.

DiMarzio told The Associated Press there is no truth to the claims.

“I am just learning about this allegation,” he said in a statement Tuesday. “In my nearly 50-year ministry as a priest, I have never engaged in unlawful or inappropriate behavior, and I emphatically deny this allegation. I am confident I will be fully vindicated.”

In a letter to parishioners obtained by Fox News, the bishop called sexual abuse a "despicable crime," adding that since arriving at the Brooklyn diocese in 2003, he has "worked and will continue to work tirelessly to purge sexual abuse from our diocese in Brooklyn and Queens."

Matzek alleges he was repeatedly abused by DiMarzio and another priest, the late Rev. Albert Mark, when he was an altar boy at St. Nicholas Church and a student at St. Nicholas School.

In a statement to AP, Garabedian said any investigation led by DiMarzio is tainted because of the accusations against him.

"There needs to be a truly neutral investigator to determine whether Bishop Malone should resign,” he said. 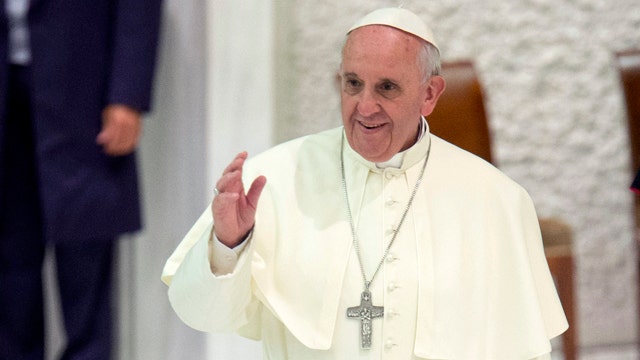 He said the investigating should be led by a law enforcement agency.

Adriana Rodriguez, press secretary for the Brooklyn Diocese, told the AP that DiMarzio had submitted his report on the Buffalo Diocese to the Vatican. DiMarzio and Malone are in Rome this week for a previously scheduled visit of New York bishops to the Holy See.

DiMarzio said he interviewed 80 clergymen and parishioners over three trips to the Buffalo Diocese over seven days.