The vice president refused to clarify comments she made regarding distributing aid for Hurricane Ian based on 'equity.'

President Biden visited Puerto Rico on Monday in an effort to express support for the island following the impacts of Hurricane Fiona, saying he was raised in the Puerto Rican community on the U.S mainland in a political context.

Biden surveyed the damage left by the storm, met with officials and spoke in Ponce where he pledged future support to the U.S. territory of 3.2 million people of $60 million in funding federal.

"We have a very… large Puerto Rican population in Delaware," he said. "I was sort of raised in the Puerto Rican community at home, politically. We came here for a long time as part of both business and pleasure. I'm committed to this island."

During his remarks, he discussed past failures by the federal government to support the island following natural disasters.

"You haven’t gotten the help in a timely way," he said, referring to 2017's Hurricane Maria. "We came here in person to show that we’re with you. All of America is with you."

The Trump administration was harshly criticized for its response after the storm and the slow pace of aid to the island. Puerto Rico still hadn't recovered from Maria when Fiona struck earlier this month, causing massive power outages and infrastructure damage.

The lack of electrical power on the island led to the temporary closure of businesses, including gas stations and grocery stores, as fuel supplies dwindled amid heavy generator use. As a result, many cheered the Biden administration's decision to temporarily waive a federal law so that a British Petroleum ship could deliver 300,000 barrels of diesel.

Many also have begun demanding that Puerto Rico be fully exempted from the law, known as the Jones Act, that requires that all goods transported to Puerto Rico be aboard a ship built in the U.S., owned and crewed by U.S. citizens and flying the U.S. flag. This drives up costs for an island that already imports 85% of its food. 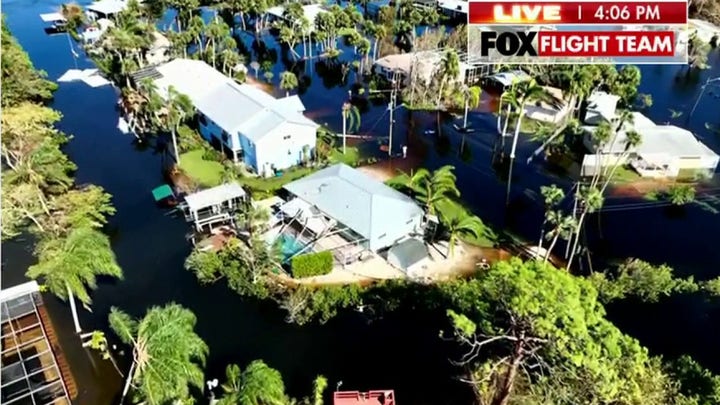 Puerto Rican Gov. Pedro Pierluisi said he has requested Biden extend the disaster declaration in Puerto Rico, cover 100% of the cost to move debris, and provide other federal assistance.

"We want to be treated in the same way as our fellow Americans in the states in times of need," Pierluisi said. "We're confident that the president will heed our calls for equal treatment."