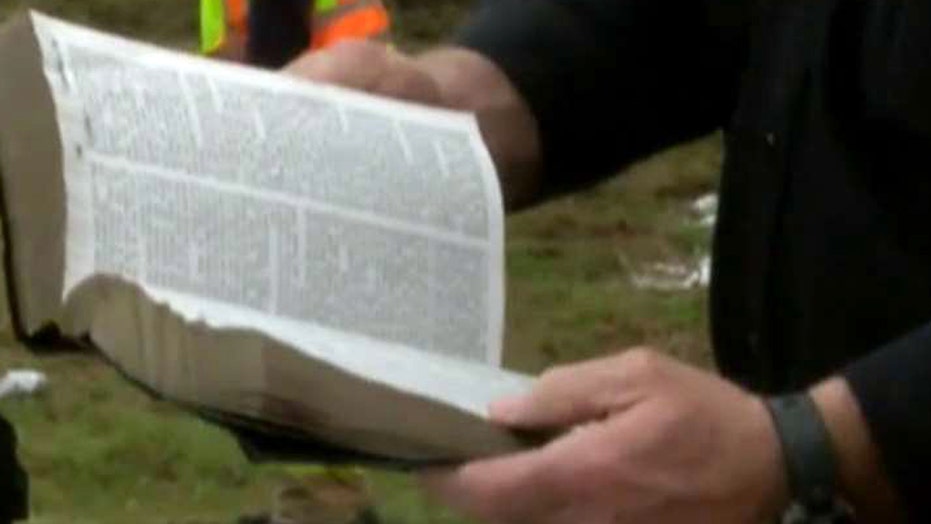 Driver was pulled from car before explosion

An SUV caught fire and exploded on a Tennessee road Sunday, causing nearly everything in the vehicle to be destroyed except a Bible left untouched in the front seat.

The Memphis Police Department responded to the scene around 2:30 p.m. Sunday when the Jeep Laredo left Tennessee State Route 385 and went up in flames after it was swiped by another vehicle, Fox 13 Memphis reported.

A witness to the crash, Eugene McNiel, told Fox 13 he was only about 20 yard away when he saw the car clip the Jeep and jumped out of his truck to help.

"I didn't care. I wanted to save that man's life because I don't want to see (anybody) get burned up in (a) car,” he said.

Officials told Fox 13 a Memphis police officer and several nearby motorists were able to pull the trapped driver out of the burning vehicle before it exploded, and later recovered the undamaged bible.

The driver of the Jeep was transported a nearby hospital with non-critical injuries.