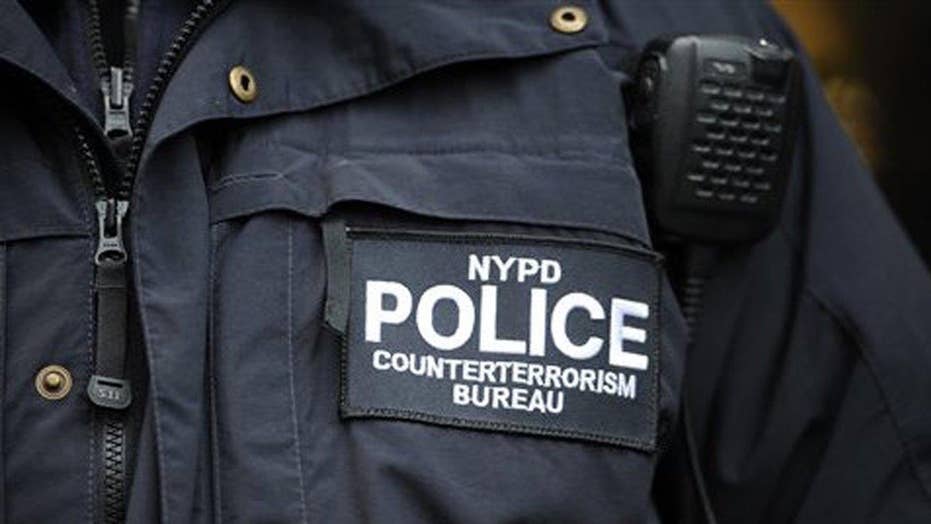 Anonymous threats made against police in Philadelphia, NYC

Terror threats have police in both cities on high alert

Cops can film citizens via body-worn cameras, and the public can film police from cell phone cameras. It has not always been a societal tradition, but cell phone prevalence, technology, and law supporting the right to record police activity is a mainstream norm.

Nowadays, being a street cop is akin to being in every single scene of a Hollywood movie hit, minus the mega-millions payout and box office royalties. In fact, much of the police activities filmed by the public dwarf any production Hollywood has to offer. Who can deny the spontaneity, the authenticity, the true grit? These attributes are all juicy morsels, and the theater is wherever cops are present. And, like misplaced opportunities rolled out at film awards extravaganzas, thorny and snarky political statements abound. Hey, welcome to the 21st century!

In August 2014, a New York City Police Department (NYPD) chief distributed an agency-wide memorandum titled “Recording of Police Action by the Public,” reminding its contingent of cops that citizens have the right to record the police in public, providing no one is physically interfering with or obstructing law enforcement actions. It has become a part of doing police business, not only in the NYPD, but also among the 18,000-plus law enforcement agencies throughout the US.

The NYPD memo concluded with “mere recording of an incident does not constitute interference” and referred to the rights accorded by the First Amendment. Still, problems haunt some cop shops. The NYPD has dealt with lawsuits (some still pending) stemming from some of its cops allegedly arresting citizens for recording police actions in public places.

In May 2012, the Department of Justice (DoJ) disseminated “DoJ Guidance” to the Baltimore PD and other law enforcement agencies to follow, summarily stating: “While courts have only recently begun to refine the contours of the right to record police officers, the justification for this right is firmly rooted in long-standing First Amendment principles.”

Whether via media crew or John Q. Citizen, American police forces are largely accustomed to just about everyone having a cell phone and the regularity of videotaping law enforcement activities. Practices are threaded into the American tapestry, despite some contrary instances.

In an interview conducted by Isidoro Rodriguez of The Crime Report, NYPD police Officer Daniel Bavuso described the era of recording police officials:

“I worked in Manhattan and everywhere you go people are recording you.  Even when we weren’t talking to someone, or making an arrest, even when we were just walking down the street, people would stop and take pictures and record us. Just walking down the street, not even interacting with anyone.  But, it’s the NYPD.  Sometimes they just like the department, sometimes they’re trying to get us doing something. It’s not a big deal. That’s your right, you’re allowed to record, you’re allowed to stand and watch.  Go for it.”

Although that is one police officer’s view, others disagree with being recorded by citizens (as implicit in the NYPD lawsuits cited above). Arizona State Senator John Kavanagh, a former NYC cop who entered politics, introduced SB1054 (“Relating to Video Recording of Law Enforcement Activity”) in 2016, seeking to widen the divide of citizens recording cops. Senator Kavanagh authored his bill to impose a minimum of 20 feet between those recording and cops in action, creating distance between all elements. The ACLU did not care for Sen. Kavanagh’s bill.

Mike Borland, president of the National Press Photographers Association (NPPA), said, “It’s mindboggling that there are still law enforcement officers in major metropolitan departments who don’t know they can be photographed doing their job in public.” Referring to a case in Boston, Borland continued, “It’s downright maddening the steps being taken in Boston as a result of this ignorance. This snowball of a public relations disaster would not be happening if officers were properly trained and then properly disciplined when they break the rules.”

In August 2014, NPPA attorney Mickey Osterreicher issued the following declaration: “There’s no law anywhere in the United States that prohibits people from recording the police on the street, in a park, or any other place where the public is generally allowed.”

Understandably, no law enforcer wants an object pointed at them. Needlessly, it demands a cop taking the time to decipher the object (cell phone or not), and that required act robs cops of officer safety protocols and distracts from corralling menacing, violent individuals.

Although it may be perfectly legal, exciting, and acceptable in the minds of citizens armed with cell phones to record police, cops are not stroking their ego when it appears they harbor angst over such actions; they are concerned by the disruptions posed by the activity. Although rebuked by the ACLU, it is exactly that contention upon which Arizona Senator Kavanagh based his SB1054 legislation: unwarranted distractions for police.