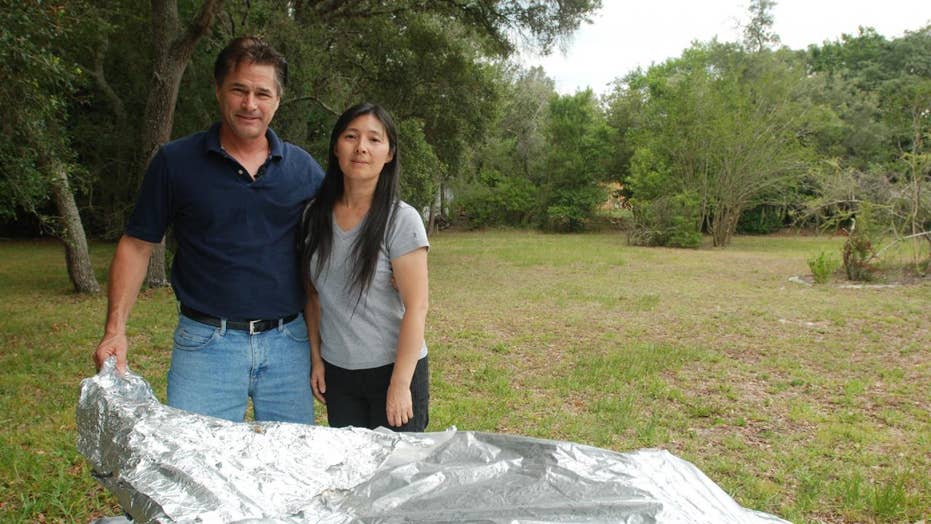 Father of 'balloon boy' sticks to story decade after hoax

Richard Heene, the father at the center of the 'balloon boy' hoax, is reportedly standing behind his account of the incident. In 2009, Heene feared his then 6-year-old son, Falcon, was floating in a homemade UFO-shaped helium balloon, which touched off a scramble of dozens of emergency responders. The boy wasn't on the balloon and was later found at his home. Authorities accused the Heenes of staging a hoax to get publicity for reality TV shows they were attempting to pitch.

The father at the center of the "balloon boy" hoax reportedly is sticking by his story a decade later, insisting he really did fear his then 6-year-old son was floating away in the sky that October morning in a sequence of events that captivated the nation.

Richard Heene, who is now living in Florida with his wife and three children, recently claimed he is a victim of character assassination and is standing by his account of the incident, according to ABC News.

“I’ve lost a lot of opportunities. I’ve had people contact me about things I’ve invented and the deal went south because they find out who I am,” he told the network in a recent interview to commemorate the 10-year anniversary of the Oct. 15, 2009 media frenzy. “The thing that gets me is the media never tells my side of the story.”

The Heenes reported in October that year that their 6-year-old son, Falcon, had floated away in a homemade UFO-shaped helium balloon, touching off a scramble of dozens of emergency responders and two Colorado National Guard helicopters.

But the boy wasn't on the balloon and was later found at his home in Fort Collins, about 60 miles north of Denver. Authorities accused the Heenes of staging a hoax to get publicity for reality TV shows they were trying to pitch.

Mayumi says she confessed out of fear that her children would be taken away, ABC News reported.

"I thought, 'I'm going to be deported,'" she said in a recent interview with the network. "Then I won't see my husband or, you know, kids -- I won't be able to see them."

The boys now work with their father fixing up homes in Florida and have formed a metal band called the Heene Boyz. One of their music videos is titled “Balloon Boy, No Hoax” and features footage purportedly showing the infamous balloon sailing through the skies of Colorado.

"We don't really want to associate ourselves with that," Bradford Heene told ABC News. "We just want to rock out."