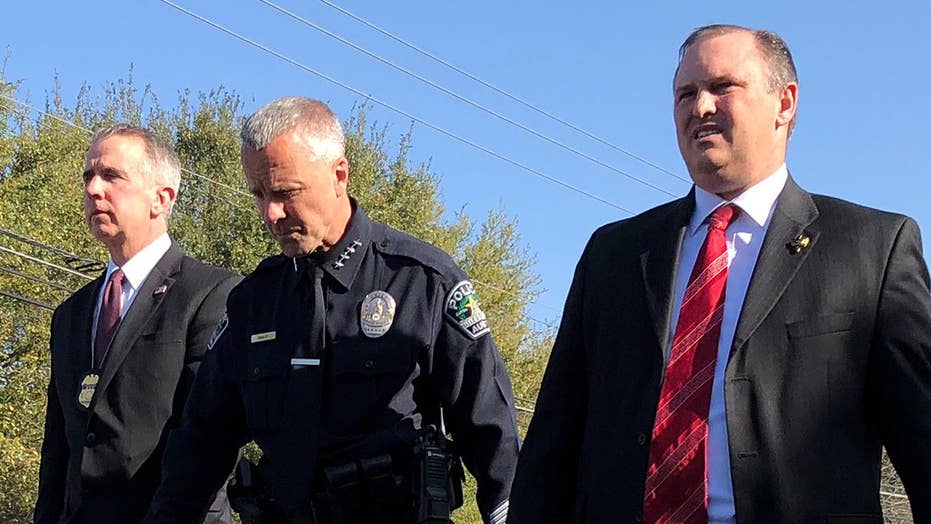 Authorities use media to appeal to Austin bombing suspect

Following a fourth explosion in Austin, law enforcement ask the bombing suspect to make contact with them; unusual move by law enforcement? Insight and analysis from Fox News contributor Judy Miller and Joe Concha, media reporter for The Hill.

Police believe a "serial bomber" is on the loose after another explosion rocked Austin, Texas Sunday. The blast was caused by a tripwire, which Police Chief Brian Manley said demonstrates a "higher level of sophistication" than previous package bombs.

"We are clearly dealing with what we believe to be a serial bomber at this point," Manley explained during a press conference Monday morning.

It's the fourth blast to hit the city in the past three weeks.

It may be related to the three prior explosions, which killed a 39-year-old man and a 17-year-old boy and injured two others, Manley said, but the police chief warned this type of device is even more dangerous.

Manley said the tripwire design required a higher level of skill to construct and represents a "significant change." It can injure anyone within its vicinity.

"The game went up a little bit — well, it went up a lot yesterday with the tripwire," Christopher Combs, FBI agent in charge of the bureau's San Antonio division, said of the recent explosion. "We're very concerned that with tripwires a child could be walking down a sidewalk and hit something."

Here's what you need to know about the explosive device that injured two men — ages 22 and 23 — as they walked near a residential street in the southwestern Austin neighborhood of Travis County.

What is a tripwire?

A tripwire is a victim-operated switch that uses some kind of wire that's attached to an explosive device. When pressure is put on the wire -- by walking on it or tripping on it -- then the device detonates.

"Any tension that's put on that wire" will activate it, Frederick Milanowski, the special agent in charge for the Houston division of the Bureau of Alcohol, Tobacco and Firearms (ATF), said at a news conference Monday.

"If they move that package or step on that trip wire, it's likely to detonate," Milanowski warned.

A tripwire can be made of a variety of materials, including filament, thin wire or even a fishing line.

What material was used in the latest Austin device?

Milanowski said the latest explosive device was anchored to a metal yard sign near the head of a hiking trail in Travis Country.

"It was a thin wire or filament, kind of like fishing line," he said. "It would have been very difficult for someone to see."