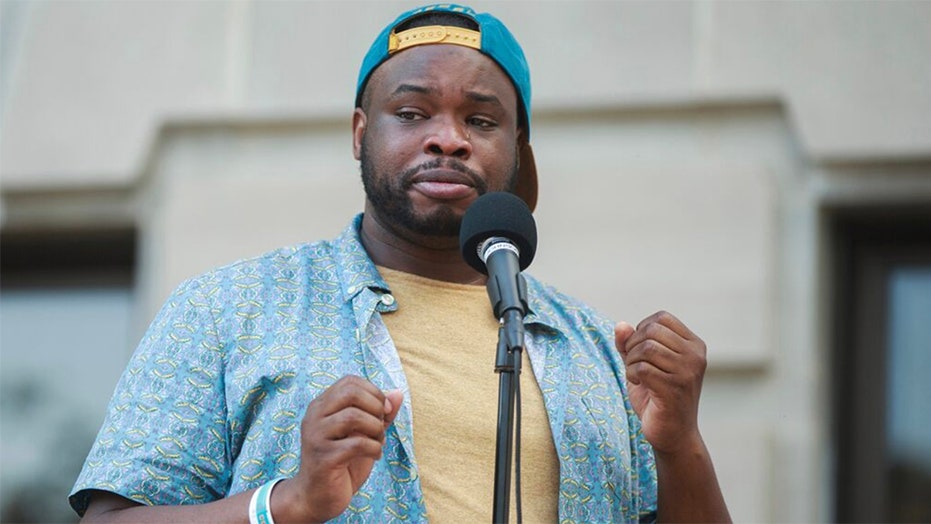 An attorney for two people accused in a reported assault on a Black man at an Indiana lake claims his clients were falsely accused, according to a report.

Vauhxx Booker, a local civil rights activist and member of the Monroe County Human Rights Commission, said five White men pinned him against a tree, shouted racial slurs and one of them threatened to “get a noose” at Monroe Lake near Bloomington over Independence Day weekend.

The incident involved Sean Purdy and Caroline McCord, who stood with attorney David Hennesy on Monday as he held a news conference to deny Booker’s charges, according to Fox 59 Indianapolis. Purdy and McCord didn't speak.

“It’s time for the truth to be told,” Hennesy said, according to the station, which has aired video taken during the incident. “Mr. Booker threw the punches. Mr. Booker was restrained. Not beaten. Restrained.”

Hennesy accused Booker of being the "instigator and the agitator” during the incident.

Booker attorney Katherine Liell responded by saying again that her client was a “victim of an attempted lynching and violent prejudice-fueled attack.”

“Mr. Booker did not instigate this encounter; he did not provoke anyone to hold him against his will. He did not yell or shout or lose his temper,” she said in a statement. “This is what repeatedly happens. The victim gets blamed and shamed. He gets re-victimized. Vauhxx Booker is the victim. Black people across the nation have been the victims.”

The Indiana Department of Natural Resources, which responded to the reported assault, is still investigating what happened, officials said Monday. The FBI said it is investigating the incident as a possible hate crime.

There have been no arrests.

Hennesy said Purdy and McCord did not hear anyone say “get a noose,” according to the station. He also admitted racially harmful language had been uttered, but not by his clients.