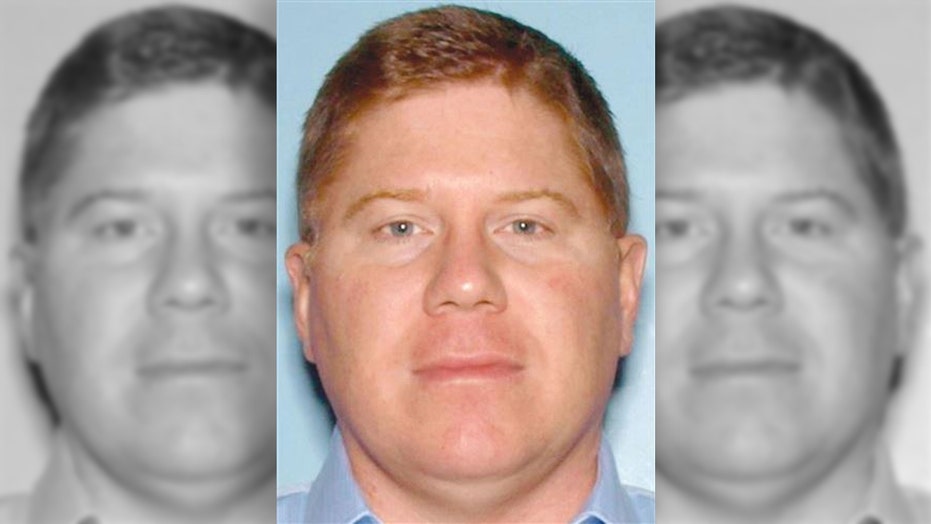 A Georgia attorney was indicted last week on a murder charge after allegedly driving his Mercedes into a man who hit the lawyer's car with a golf ball.

A "prominent real estate investor," Jahangard, a native of Iran and father of two, was struck in the driveway of a property in Sandy Springs, roughly 16 miles north of Atlanta, according to a press release from the Fulton County District Attorney's office.

Bryan Schmitt, 48, was indicted Friday for murder and assault in the death of Hamid Jahangard, 60. (Sandy Springs Police Department)

Schmitt told investigators he was passing Jahangard's driveway when he spotted the 60-year-old leaning over a trash can, then making a throwing motion and throwing something like a rock or a golf ball at his Mercedes, the Atlanta Journal-Constitution reported.

Authorities were reportedly unable to find damage on Schmitt's car, but found a golf ball at the scene.

Hamid Jahangard, 60, died from blunt force trauma injuries to the head earlier this month after he was hit by Bryan Scmitt's Mercedes, prosecutors said.

Schmitt then claimed he stopped, turned around, and confronted Jahangard. When he tried to pull into the driveway after, he claimed Jahangard threw the trash can at his car. Schmitt said he swerved, but hit Jahangard.

The attorney stayed at the scene to speak with police and was allowed to leave. It reportedly wasn't until almost two weeks later when law enforcement officials concluded Schmitt's story did not match details uncovered in the investigation.

Video surveillance taken from a truck that was driving behind Schmitt wasn't consistent with his claims, officials said.

“Schmitt’s vehicle plows into the driveway and is not the type of driving for someone to ‘turn around,’ ‘swerve to miss a garbage can,’” an investigator wrote in a police report, according to the Journal-Constitution. “The speed used to vault the garbage can, lift the front end of his car up and to slam the victim down so hard it causes a massive skull fracture ... is not an accident."

An obituary for Jahangard states he was a "self-made man" who came to the U.S. "with little money in his pocket but the promise of the American Dream in his heart."

Schmitt was indicted August 23 by a grand jury on charges of murder, felony murder and aggravated assault.