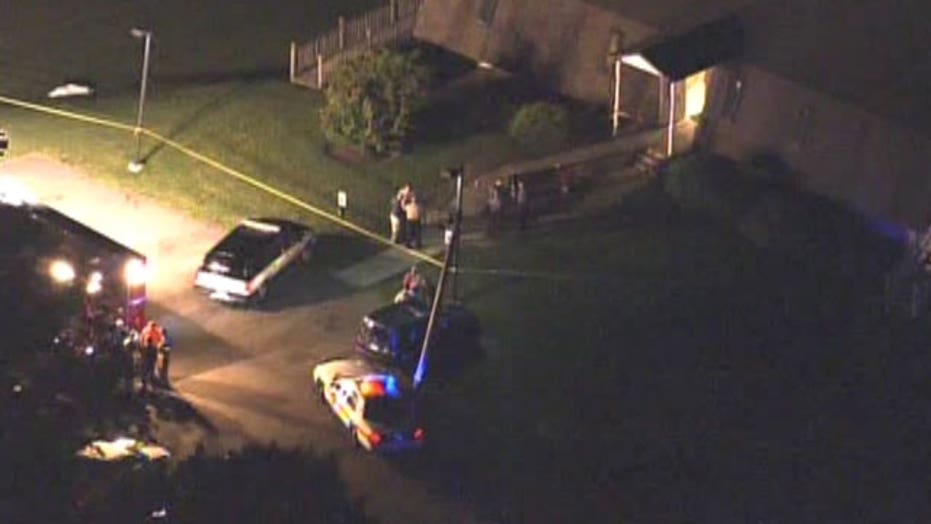 At least three people were killed when a gunman opened fire at a Pennsylvania municipal building during a meeting, before he was tackled by a local official and shot with his own gun, a witness said.

The gunman, who Miller said appeared to be "shooting randomly," was conscious and taken out on a stretcher following the shooting, witnesses told the Pocono Record.

State police in Lehighton confirmed the gunman had been captured but didn't immediately have details on the arrest.

The Pocono Record said one of its reporters was in the township building and a gunman armed with a pistol with a scope shot through a wall into the meeting, in a rural area of northeastern Pennsylvania about 85 miles north of Philadelphia.

The reporter, Chris Reber, told the newspaper that all he saw was holes go through the wall, with smoke and plaster blowing out. He said he heard automatic gunfire.

"I ran out after the first round of shooting. I dropped to the floor. That's what everyone did. ... Then it stopped and I crawled out the side door," Reber told the newspaper, which posted his account online. "I was the only person who crawled out. Everyone got behind a table. Some of the supervisors were over on the side throwing up."

Reber said a woman opened a door to the meeting room "and he (the shooter) was standing there. A man pushed her aside and was shot. People were shot inside the room."

The shooter returned to his car and came back inside with another weapon when a local official at the meeting grabbed him, Reber said.

"(West End Open Space Commission executive director) Bernie Kozen was there tending to the man and he (the shooter) didn't see them," Reber said. "Bernie bearhugged him and took him down. He shot (the shooter) with his own gun."

Rep. Matt Cartwright, who represents the state's 17th District, said he was "stunned and appalled at the atrocities that claimed the lives of innocent citizens in Ross Township." He said he had heard about what Kozen did to prevent more bloodshed.

"Mr. Kozen is a true hero tonight," Cartwright said in an emailed statement.

Kozen's wife, reached by telephone at their home Monday night, said he wasn't there and she was unsure when he'd be back.

Authorities initially said three people had been killed and three had been injured. After the third person died, it was unclear whether that person had previously been classified as one of the injured.

The Pocono Record reported that two people died at the scene and that a third victim died after being transported by helicopter to an area hospital.

Ross Township has about 5,500 residents. According to its website, the board of supervisors meets at 7 p.m. on the first Monday of each month.