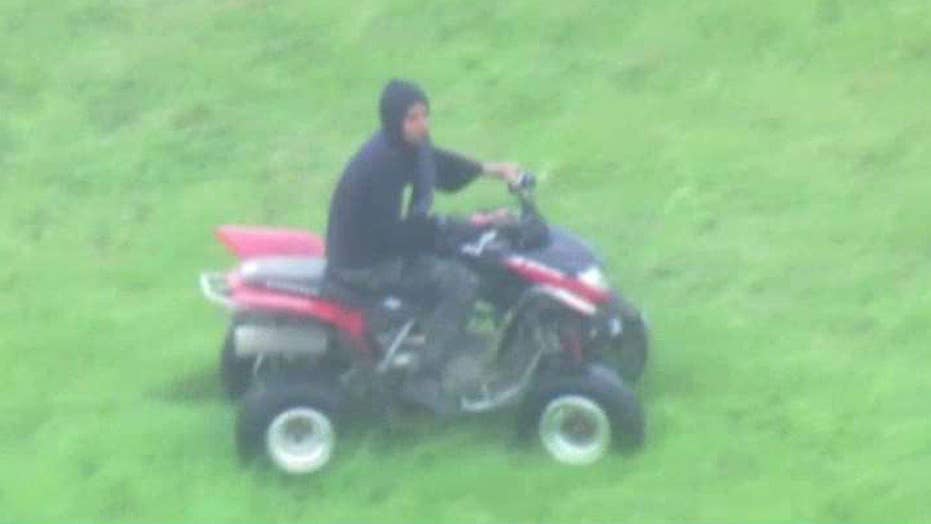 An assault suspect led police in South Florida on a wild chase Wednesday -- not in a car, but on an ATV.

He and two other teens tried escaping on all-terrain vehicles, Homestead police said. They told reporters they caught two of the teens quickly, but it took nearly half an hour to nab the third suspect.

The teens had engaged in a fight in South Dade Park before the alleged assault, according to investigators.

The third suspect, wearing a black hoodie, sped off in the ATV along a canal and through a marshland in Miami-Dade County with police on his trail, WSVN reported. He largely stuck to paths too narrow for police cruisers -- but a police helicopter kept a close eye on him.

At one point, the suspect drove into a ditch and appeared to give up before he was able to get his ATV moving again. Eventually, he slowed down, got off the ATV, and surrendered.

Police identified the suspects as Brian Ponce, Zachary Rivero and Oscar Miranda, all 16, and all behind bars.